After mainstream attention, instant sell-outs, and universal critical acclaim, the impossible-to-find debut issue of THE COMIC YOU ALWAYS WANTED is back in print! With an explosive new cover by co-creator Fico Ossio, it's THE BEST COMIC EVER! They've saved the planet countless times, but what happens after the final battle has been won? Creators Aubrey Sitterson (The Comic Book Story of Professional Wrestling, G.I. Joe) & Fico Ossio (Spider-Man, Revolution) take inspiration from the legendary Dragon Ball and Street Fighter to tell a story of regret, resentment, and growing older, one that asks, "What does a fighter do when there's no one left to fight?" 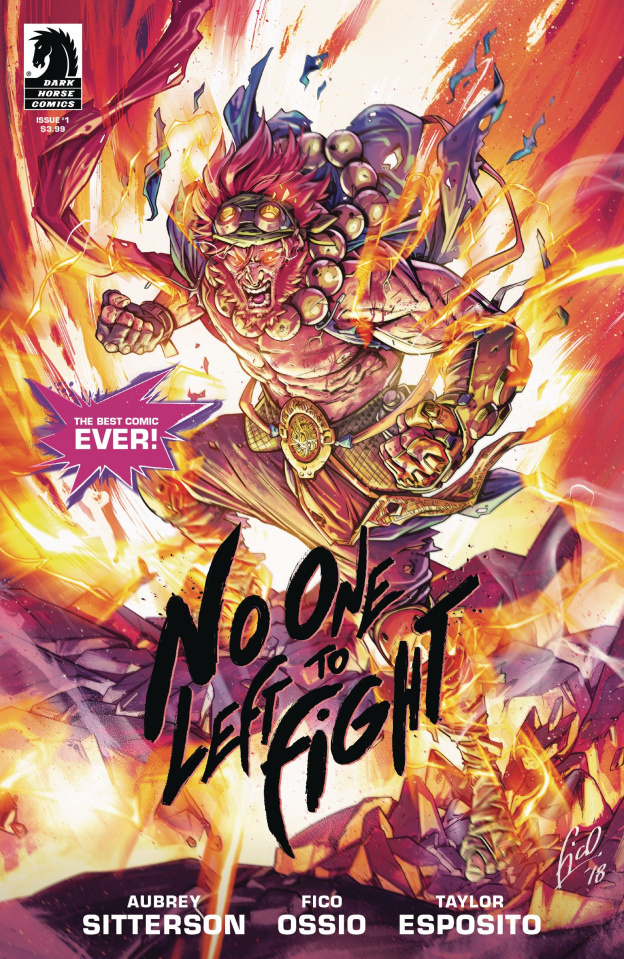