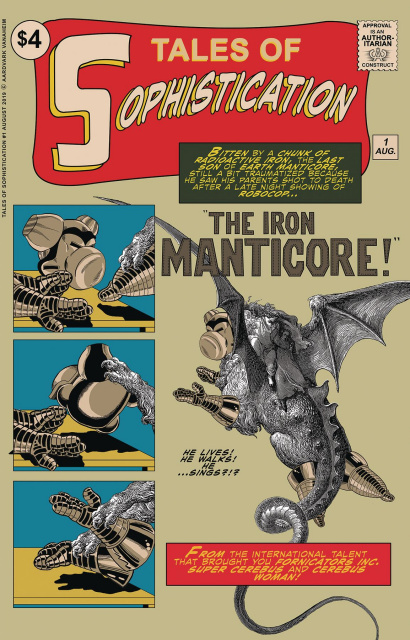 "Cerebus on Strike" continues! The Legend of the Iron Manticore starts here! Guest appearance by Batvark who reveals little-known facts about his origin! Batvark does a cover version of Leonard Cohen's "Suzanne" on YouTube to try and catch up. The Iron Manticore performs at the halftime show at the Super Bowl! The Un-Beddable Vark releases his rocking theme song as do Kanye West and Taylor Swift! All crash and burn! The Iron Manticore is fast-tracked for sainthood by the Vatican! Iron Manticore uses an unprintable homophobic slur! To be continued!