Annie might feel as if she's between a hammer and an anvil, but those are about the only menaces she avoids during the early 1950s! In less than two years of stories, the little orphan gets run over by a car, shot with a pistol, whacked with a bludgeon, firebombed in her bed, shoved in a gunny sack, caught in a tornado, flung overboard in a raging storm, and thrown alive into an underground cemetery vault. Meanwhile, "Daddy" Warbucks, Punjab, and the Asp are a thousand miles away, with no clue to the whereabouts of America's spunkiest kid. "Here Today, Gone Tomorrow" reprints all daily and color Sunday strips from October 29, 1951 through July 5, 1953. Included are five stories replete with greed and murder, atomic boats, blackmailers, poisoners, and deadly mutineers-yet also filled with good Samaritans and friendship from the most unexpected quarter, while also posing the question: can romance survive in a town called Futility? 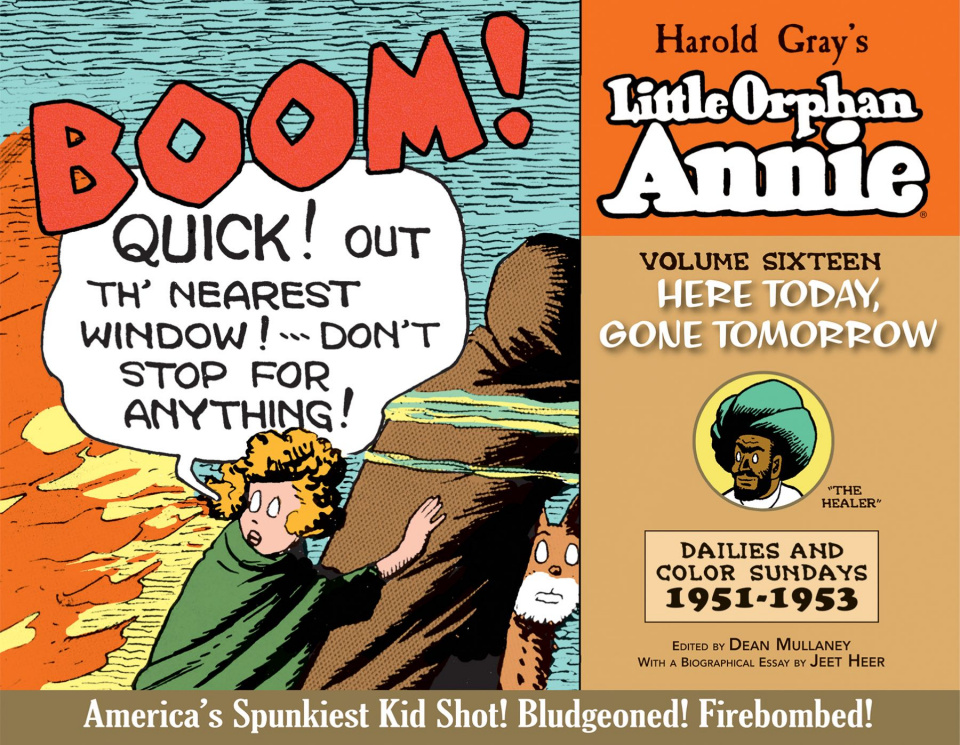