The Mighty Elvis: A Graphic Biography

Revel in this commemoration of Elvis' life in the form of a large-format art book told through the unique vision of legendary graphic novelist, designer and illustrator Seymour Chwast. Beautifully illustrated throughout, it presents an enhanced portrait of one of America's greatest celebrities. Spearheading a new music form that, combined with an attitude and a look, would change the world, Elvis Presley became one of the most important cultural figures of the second half of the 20th century. With text by author Steven Brower (Satchmo: The Life and Art of Louis Armstrong), The Mighty Elvis reminds us of the continuing stardom of one of the most popular American singers of all time. Through Chwast's illustrations, cartoons, and comics we get to relive his early life, his meteoric rise to fame, and how he was affected by, and in turn affected, the world of music in the many genres he mastered. The book covers his first appearances on television, Graceland, his meeting with President Nixon, his wedding to Priscilla, his inspiration from Captain Marvel, Jr., and much more! Millions of fans loved him, purchased his records, attended his sold out shows and went to his thirty-three films. Death, forty years ago, has not diminished his fame. Elvis lives! Advance solicited for November. The Mighty Elvis celebrates, in art, design, and comics, the life of a great icon of American popular culture! 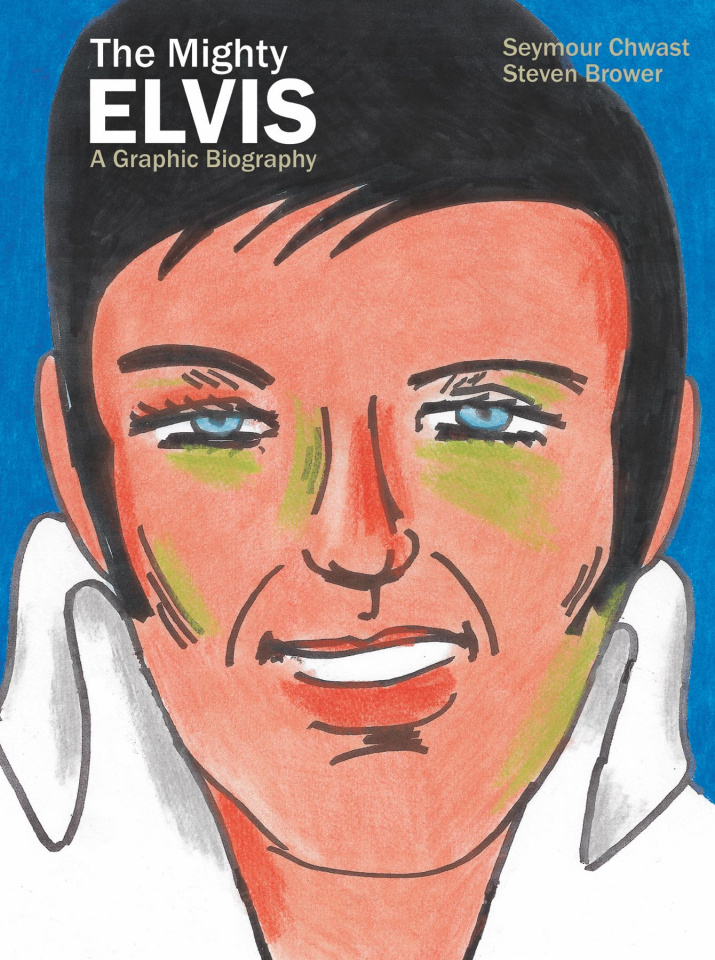