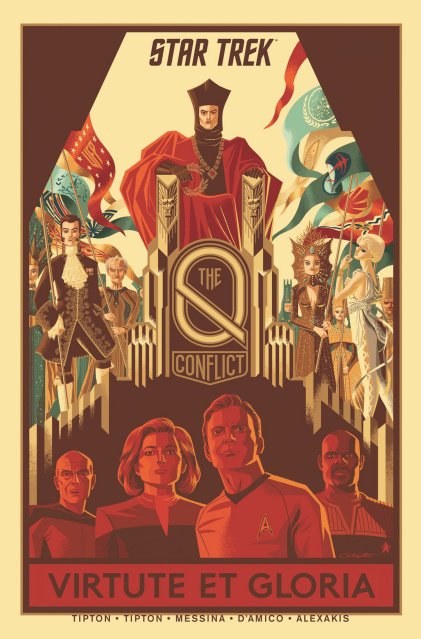 The captains of the Original Series, The Next Generation, Voyager, and Deep Space Nine meet for the first time in a contest of unwilling champions! When a dispute between godlike beings threatens the galaxy, it will take all of Starfleet's best captains to stop them. Join James T. Kirk, Jean-Luc Picard, Kathryn Janeway, and Benjamin Sisko as they go head-to-head in a competition that will determine the fate of the Earth and beyond. Will they be able to emerge victorious, or will they be torn apart by The Q Conflict? Advance solicited for October. The crews of The Next Generation, The Original Series, Voyager, and Deep Space Nine come together to face their biggest challenge yet! Written by Star Trek: TNG: Mirror Broken scribes Scott & David Tipton!