As Cobra continues its relentless onslaught on a global scale, G.I. Joe is there to meet them in kind. It's tyranny versus freedom-heroes and villains will rise and fall, bullets will fly, blood will spill, and who and what remains when the smoke clears is anyone's guess! A hostile takeover turns into a desperate fight for survival when Destro and Baroness are caught in a deadly ambush by Revanche Robotic's Alpha 001 Prime, who has declared war on M.A.R.S. and the Arashikage Clan!

Picking up where the classic comic series left off, longtime fans can continue following the adventures of their favorite characters from the legendary toyline of the 1980s. Includes special one-shot story, "Some Gave All." 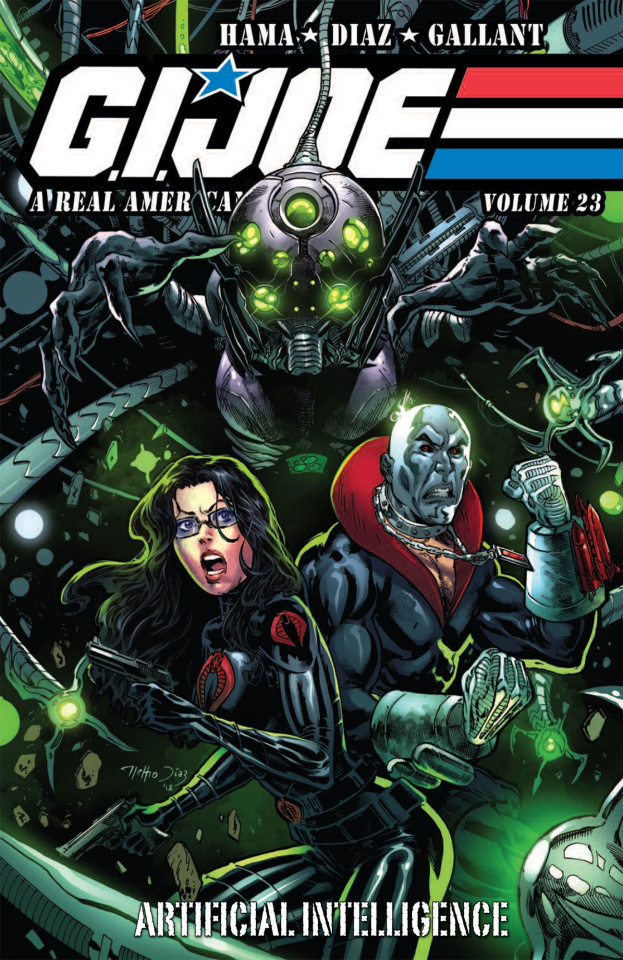