Five years ago, a cataclysmic event obliterated everything within a fifty mile radius of the Los Spinoza Convention Center-including the attendees of Long Con, the world's biggest (and longest) comic convention. But unknown to the outside world, the con-goers not only survived, they kept the convention going.

The very first issue of The Long Con from Dylan Meconis (Family Man, Bite Me!), Ben Coleman (Portland Mercury film reviewer), webcomic artist EA Denich, M. Victoria Robado (Jem and the Holograms), and letterer Aditya Bidikar, is getting a second printing! If you weren't at SDCC 2018 to nab a Long Con bingo card-noted by Rolling Stone in their article "25 Best Things We Saw at San Diego Comic Con 2018" and featured by The Hollywood Reporter-or the variant by Sara Richard (My Little Pony), the collectors edition reprint will be out August 29th, and will be priced at $1 to celebrate this hilarious story! 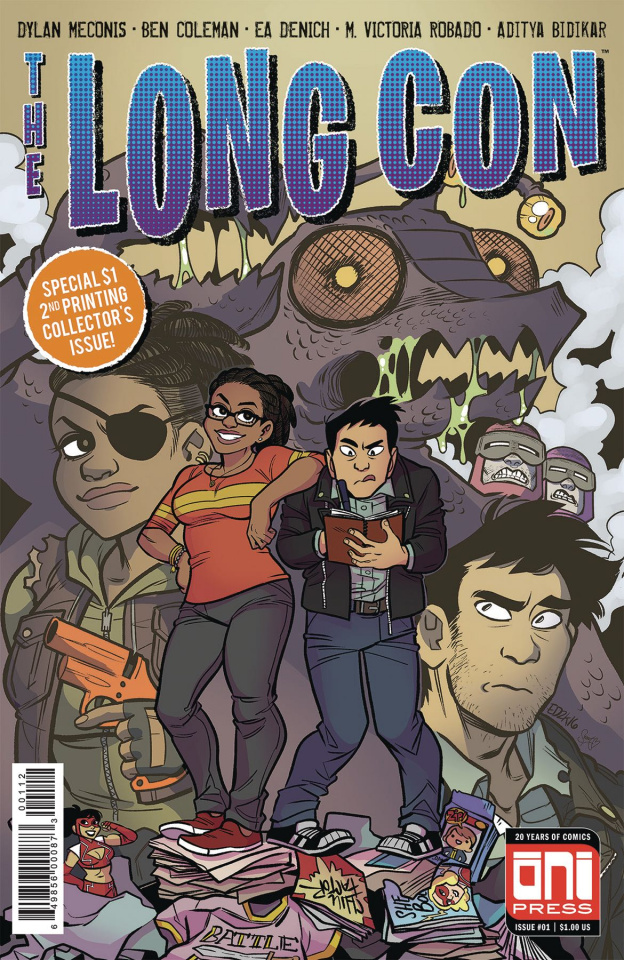