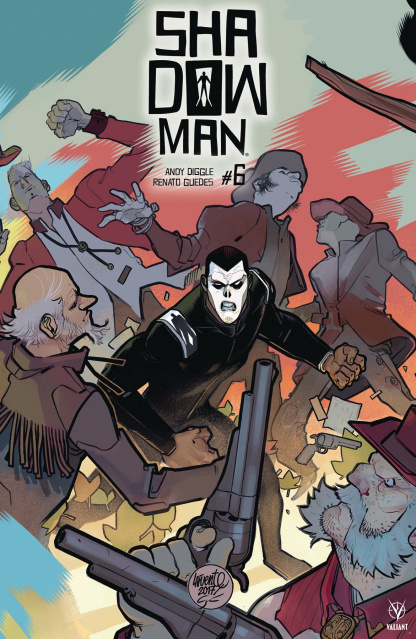 His soul cast adrift in the astral void, "DEAD AND GONE" has led Jack Boniface across the centuries in search of the origin of the Shadowman's curse - and now it's taking him all the way back to the beginning of mankind! Standing beside his ancestors in the kill-or-be-killed world of primordial Africa, Jack is about to awaken something ancient, hungry, inhuman...and, as darkness descends, the long-hidden face of the Shadowman loa will be known!