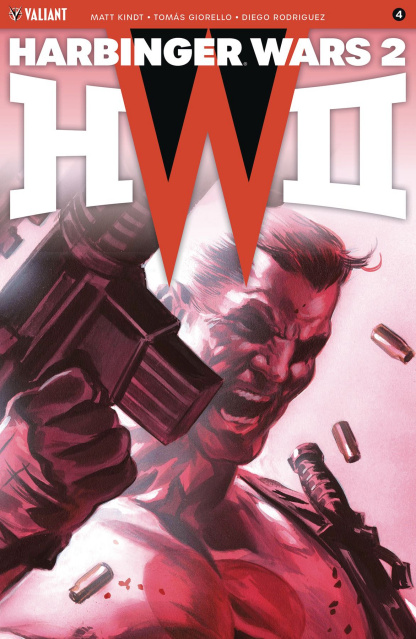 THE FINAL BATTLE! LIVEWIRE VS. THE VALIANT UNIVERSE!

We called it the biggest, most impactful, most ambitious Valiant event ever attempted - and we meant it! From across the Valiant Universe, the paths of all of the world's most formidable heroes - X-O Manowar, the Harbinger Renegades, Bloodshot, Ninjak, the Secret Weapons, H.A.R.D. Corps, and dozens of newly activated psiots - have finally converged, drawn together by their old ally Livewire's last-ditch effort to protect the powerless.

Now, the long-brewing battle between Valiant's greatest icons will finally reach the stratosphere - literally - and, out of the ashes, a new order for the Valiant Universe will be hewn as New York Times best-selling writer Matt Kindt (X-O MANOWAR, DIVINITY, Mind MGMT) and comics juggernaut Tomás Giorello (X-O MANOWAR) present the MUST-READ comics showdown of 2018...and no one gets out unscathed!