Up from the depths! 13 inches high! Breathing fire! Its head in the sky! It's the KAIJUMAX KAIJU-SIZED DELUXE HARDCOVER! Collecting the first 12 issues in oversized full color glory, this is the epic, pitch-black, candy-colored kaiju prison comic that once and for all points out the folly of man. Follow Electrogor, Mechazon, Warden Kang, The Creature from Devil's Creek, Chisato, Hellmoth, Jeong, and more as they negotiate the harsh rules of prison, the perils of the kaiju black market, and the allure of the illicit uranium trade. From the depths of the Old Gods' Krakenhouse to Team GREAT's orbital laser satellite, from the 1960s to modern day, the furious, anguished, or triumphant roars of KAIJUMAX's inmates will ring in your ears for all time. 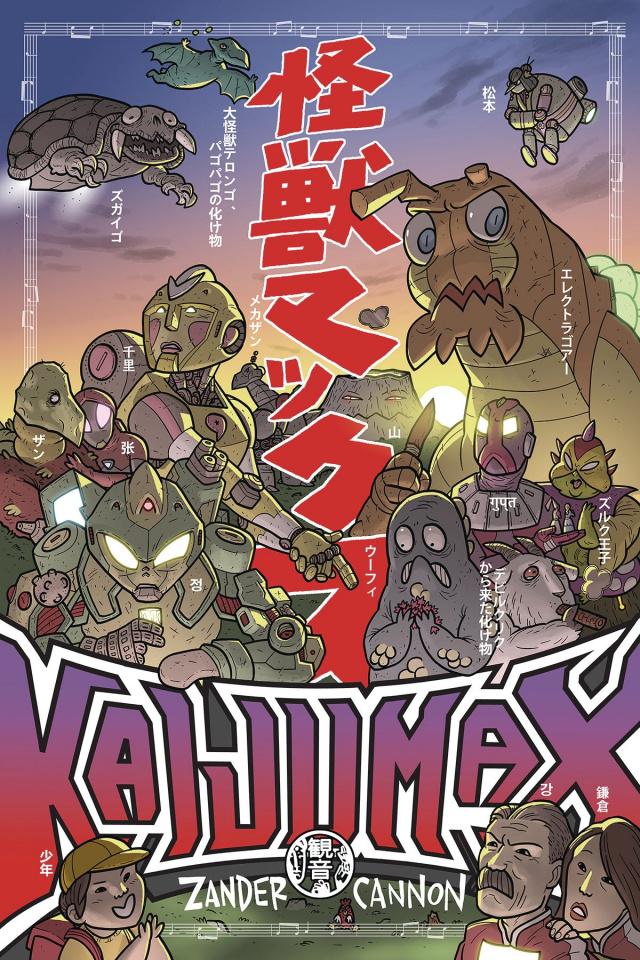