After Super Max is turned into a potato by his arch nemesis Dr. Malevolent, he realizes he still has his superpowers and that justice takes many forms. It's Super Potato's time to fly! A hilarious, irreverent graphic novel series for fans of Captain Underpants and The LEGO Batman Movie. Spanish cartoonist Artur Laperla presents the adventures of a costumed crime-fighter who turns into a potato and becomes a bigger hero than ever. He faces off against sinister scientists, slugs from space, giant chickens, and more in a series of graphic novels perfect for reluctant readers. 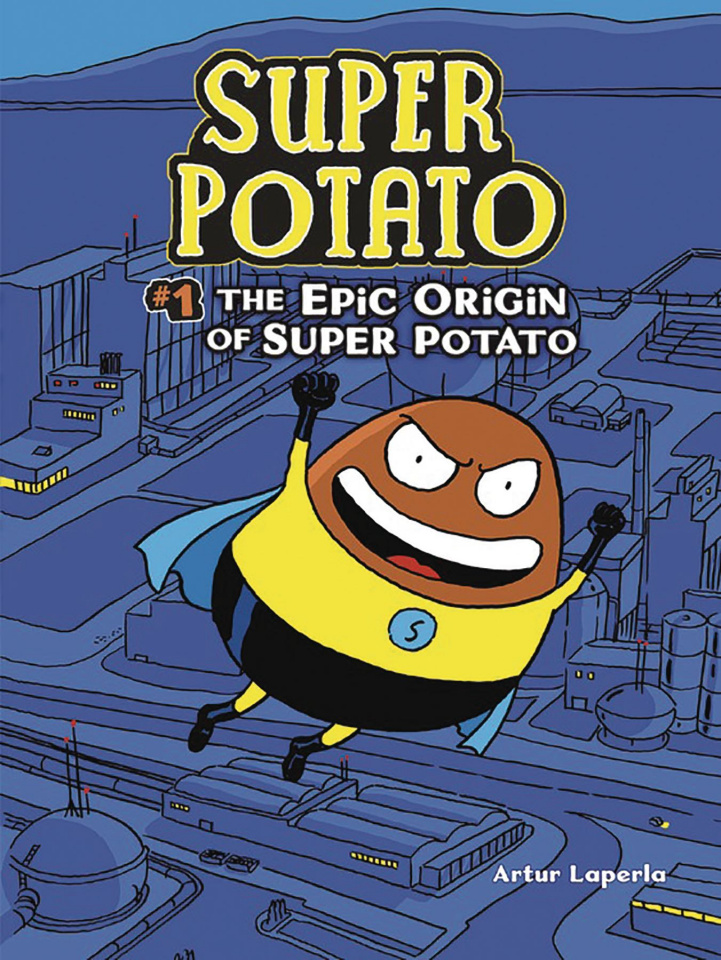