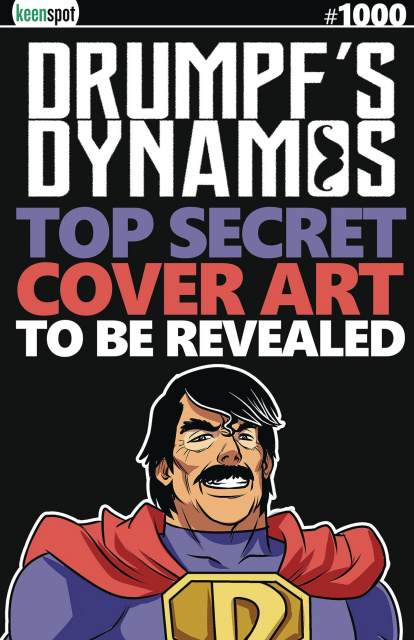 Because you demanded it! Spinning off from the pages of Trump's Titans vs. The Mandela Effect #1, Donald Drumpf gets his own all-new comic book, and he's unafraid of not being #1! In an alternate timeline created by George Soros, Donald's stupid-sounding original family name was never changed to Trump, and as a result he grew up as the poor and empathetic Donald Drumpf! Instead of investing a small loan of a million dollars into cold hard real estate, penniless young Drumpf was seduced by liberalism and became a Hollywood movie star. Today, he's not only the most progressive Democrat president of all time, he also leads a White House-based superhero team comprised of VP George Clooney, Treasury Secretary Jay-Z, EPA head Adrian Grenier, beautiful daughter Ivanka Drumpf, and her genius husband Jared Leto. Together they are Drumpf's Dynamos, and this is issue #1000, because why the heck not?