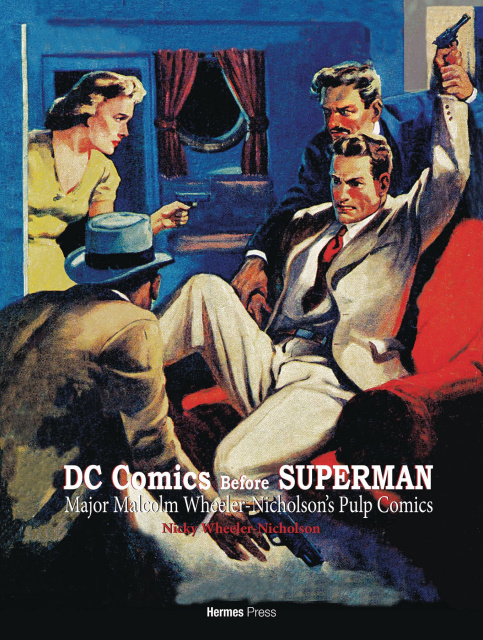 Before Batman and Superman were even a glimmer in Bill Finger and Jerry Siegel's eyes, Major Malcolm Wheeler-Nicholson created National Allied Publications, which would then go on to become DC Comics; one of the largest comic publishers in the world. This groundbreaking book explores the history of DC Comics before it became the behemoth we know today; the pulp stories that formed the basis for all the different kinds of comics that exist today. Titles included in this historical reprint include Barry O'Neill and Fang Gow (script: Wheeler-Nicholson; art: Leo O'Mealia), Blood Pearls (script: Wheeler-Nicholson; art: Munson Paddock), Foe of the Borgias (script and art: Sven Elven), The Golden Dragon (script and art- Tom Hickey), and more! All the comics included in this tome have been painstakingly reproduced and repaired to show how they would have looked back in the 1930s; and also included are all the pulps that the comics were based on! With an essay from Nicky Wheeler-Nicholson on the formation of National Allied Publications, an introduction by Jim Steranko, and an afterward by comics historian Tom Andrae.