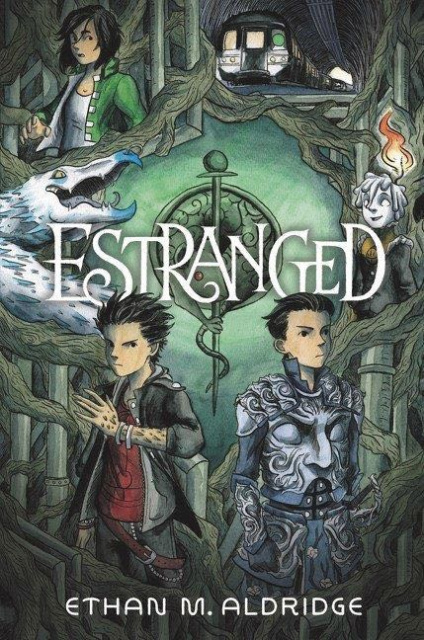 In this full-color fantasy graphic novel debut, a changeling and a human child, who were swapped at birth, must work together to evade assassins, save both their worlds from a powerful sorceress, and ultimately decide where they truly belong. Rising star author-illustrator Ethan M. Aldridge delivers a fantasy adventure with all the makings of a classic. Illustrated with over two-hundred pages of watercolor paintings, this epic graphic novel is perfect for fans of Amulet. Edmund and the Childe were swapped at birth. Now Edmund lives in secret as a changeling in the World Above, his fae powers hidden from his unsuspecting parents and his older sister, Alexis. The Childe lives among the fae in the World Below, where being a human makes him a curiosity at the royal palace.

But when the cruel sorceress Hawthorne seizes the throne, the Childe and Edmund must unite on a dangerous quest to save both worlds-even if they're not sure which world they belong to.

"A splendid tale of faery magic and adventurous siblings, all told in gorgeously rendered watercolor panels: this is exactly my kind of thing." -Ben Hatke, author and illustrator of the New York Times bestselling Zita the Spacegirl trilogy