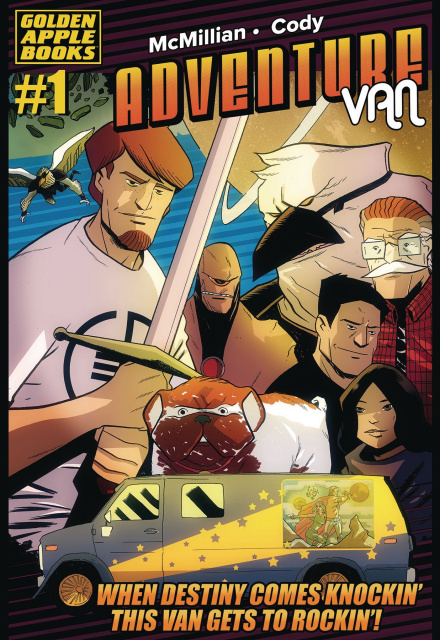 The debut issue by actor and author Michael McMillian (True Blood, Crazy Ex-Girlfriend). Adventure Van is a comedy fantasy with an 80's movie vibe that jumps between the world of the modern day suburbs and a timeless fantasy realm called Bravas. Corey Biggs' life is going nowhere until his 21st birthday camping trip gets cut short when alien warriors, sent by Baal Maldage, the evil tyrant king of Bravas, abduct his friend, Billy, and spark a chain of events that sends Corey off on his hero's journey where he learns he's not just some kid from Kansas! Perfect for fans of Napoleon Dynamite, Masters of the Universe, and Back to the Future! When Destiny comes a knockin', this Van gets to rockin'! Rated 8 & Up.