Depressed and unmoored by his father's violent death, and drafted into the Canadian military to serve in World War II, Jerome has fled, taking refuge in a cabin his grandfather owns in a remote part of the countryside. But Jerome's troubles are only beginning. A strange dread fills the woods, and rumors of murders and ghosts cast his refuge in a sinister light. As Jerome struggles to come to terms with his father's death, he obsessively seeks to uncover the mystery of what, exactly, happened in his grandfather's house. Simon Leclerc's haunting, expressionistic artwork brings to life a quiet, layered, and deeply literary story from writer Thomas Desaulniers-Brousseau, in a graphic novel that explores with tenderness and insight the wounds opened with the loss of a loved one. 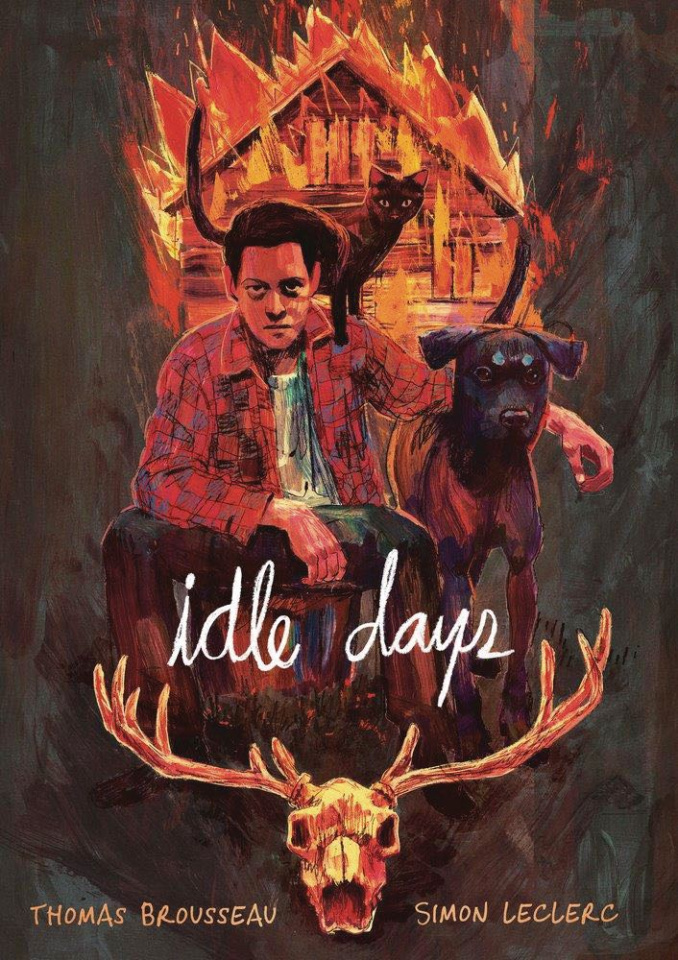