New Story! New Format! Once more, Santa Muerte, the saint of death, calls upon Maria Diaz to be an instrument of vengeance. And again Maria heeds the call, donning the guise of La Muerta. 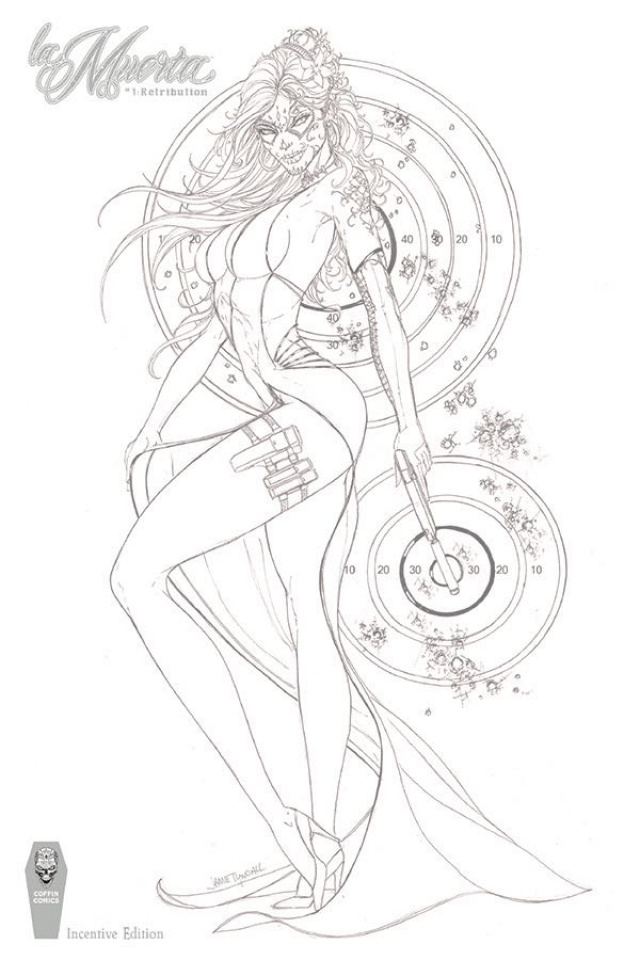