Based on the Spanish national epic, El Cid, Kid Beowulf: The Rise of El Cid picks up shortly after the events of book two, Kid Beowulf: The Song of Roland. Beowulf and Grendel are in war-torn Spain, where honor is hard-fought, allegiances are dubious, and the bulls run wild. Amidst it all comes a young knight named Rodrigo, who fights for the name he's lost, the land he loves, and the virtue they've both forgotten. It's an action-adventure swashbuckler with a dash of romance set in medieval Spain. It continues the Kid Beowulf narrative and gives Beowulf and Grendel new characters to meet and lessons to learn. 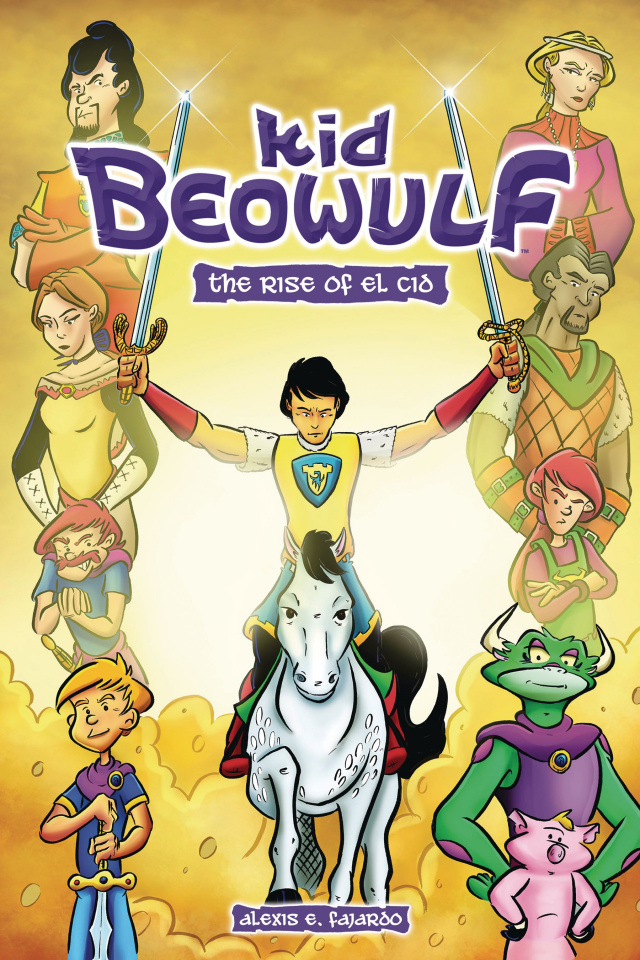