From Eliot Rahal, the writer of Cult Classic, The Paybacks and Quantum & Woody comes HOT LUNCH SPECIAL, with art by Jorge Fornes (Amazing X-Men, Wolverine, Magnus)! A midwestern noir series set in the harsh landscape of the northern Minnesota Iron Range-Hot Lunch Special is all about family, food and the fight for survival.

The Khourys are a classic immigrant success story: A fractious and quarrelsome Lebanese family who carved their slice of the American Dream by becoming the largest distributors of vending machine sandwiches in the upper northern Midwest.

Unfortunately, the Khourys gains have been ill-gotten and a branch of the Chicago Irish Mob has come back to collect a past debt. Fealty is demanded, shots are fired, and long-hidden family secrets are fully revealed. Now, Dorothy Khoury, the daughter of the family patriarch is forced to unite her splintered bloodline and fight back.

Only one question is worth asking...is blood thicker than sandwiches? 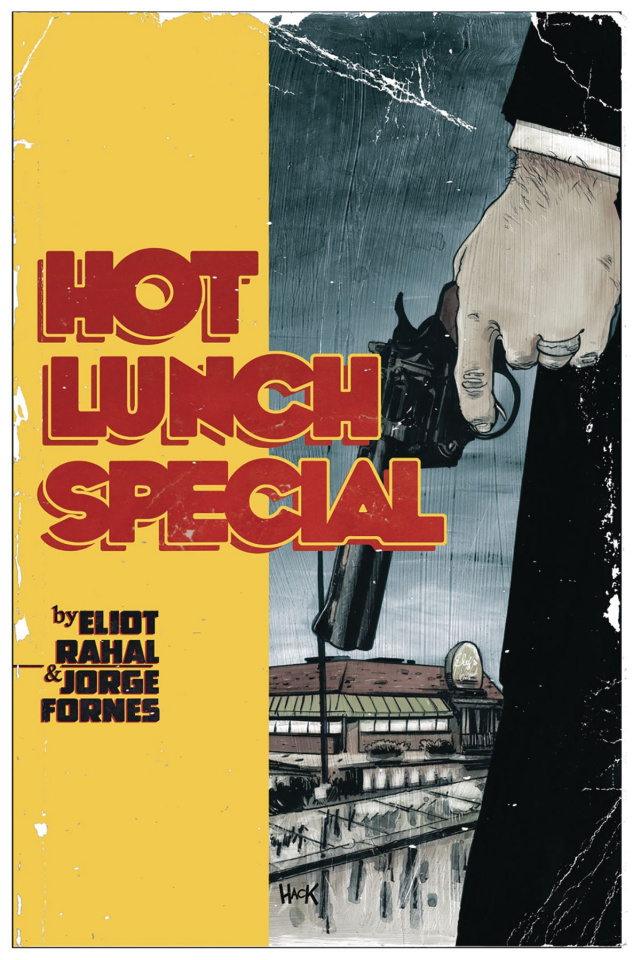