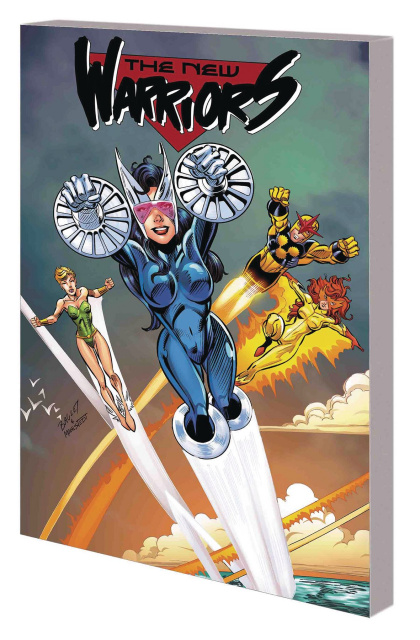 As the Infinity War begins, Speedball and Rage take on their doppelgangers! But when the Warriors head to the Middle East to fight a whole different kind of war, they must face harsh truths - and make impossible decisions! Night Thrasher steps out of the Warriors' shadow to take care of business - learning the four key steps to control his own destiny! But when the Darkforce, source of Silhouette's powers, threatens to engulf New York City in eternal shadow, the Warriors - along with Spider-Man and Doctor Strange - must face the darkness within! Plus: Will Cloak and Dagger join the team? Who is (or are?) Turbo? And the imprisoned Marvel Boy begins his journey to justice!