All four of Jeph Loeb and Tim Sale's classic "color" masterpieces in one atmospheric hardcover! Blind acrobat Daredevil was inspired to heroism by the example of his prizefighter father - but Matt Murdock is a young man in love with Karen Page. Relive Daredevil's heartwarming, heartbreaking debut! Then, Peter Parker and Gwen Stacy want to spend the rest of their lives together - but first, Spider-Man must run a gauntlet of his greatest foes. No matter how powerful the Incredible Hulk becomes, his heart can still be shattered by Betty Ross - the daughter of his greatest enemy! And Captain America battles beside best friend Bucky behind enemy lines in World War II! Touching and insightful tales of super-heroism from an Eisner Award-winning team! 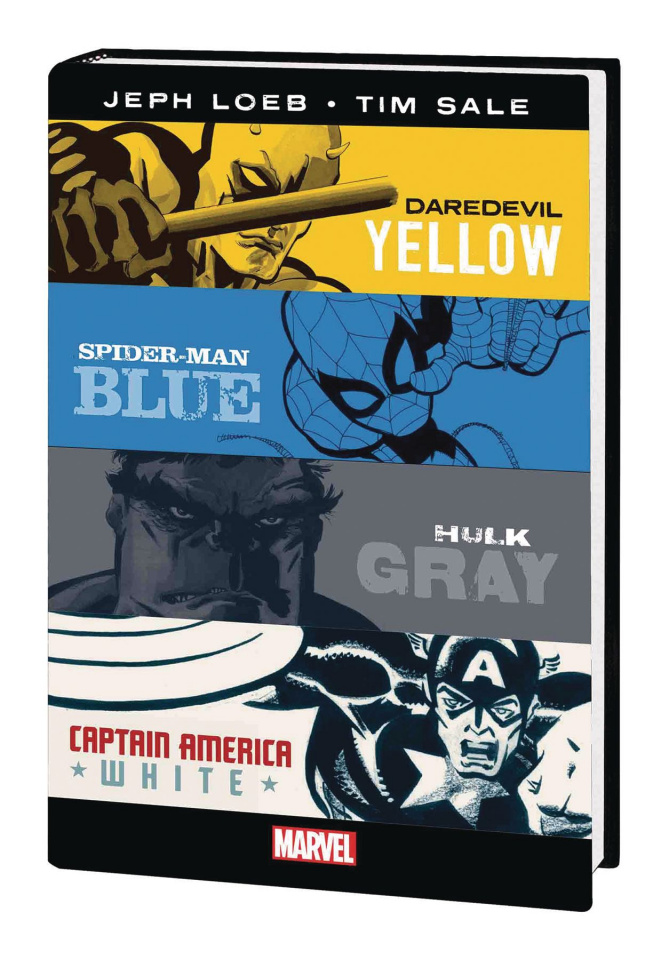