The League of Extraordinary Gentlemen: The Tempest #2

Opening with a 1919 deathmatch between two American superhumans in the ruins of Utopia, the second issue of Alan Moore and Kevin O'Neill's final volume of the beloved comic series takes its readers on a breath-taking ride over a waterfall of storytelling styles, from a startling 21st century Lincoln Island and its current incarnation of the legendary Captain Nemo, through a New York coping with an ageing costume-hero population, to a London where a drastic escalation is commenced by the rejuvenated sociopath controlling MI5. All this, and a further reprinted adventure of 1960s super-team The Seven Stars awaits in issue two of The League of Extraordinary Gentlemen Volume IV: The Tempest. 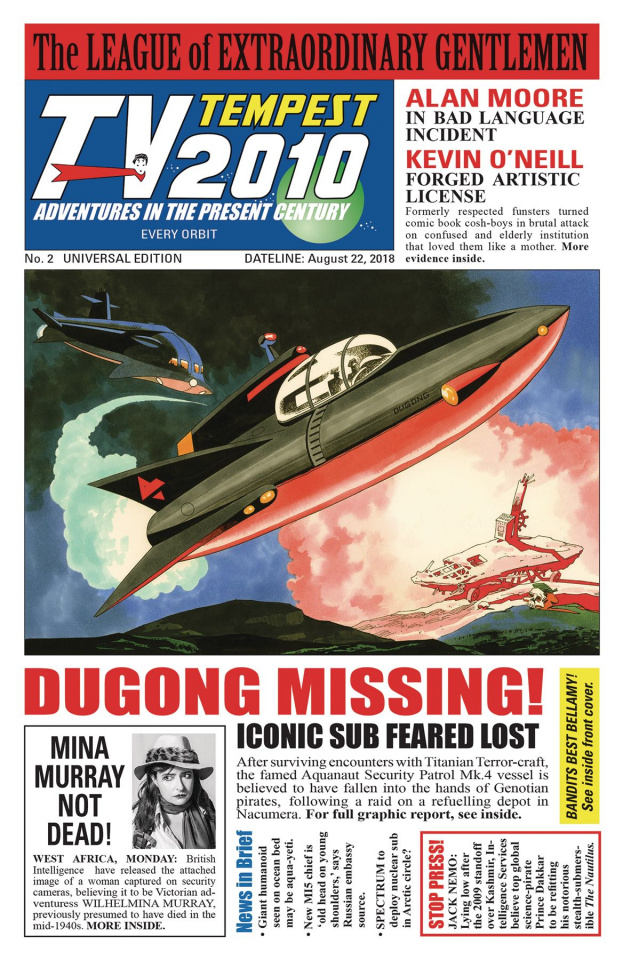