The Man of Steel comes to the Library of American Comics! In partnership with DC Entertainment, the Eisner Award-winning imprint will produce deluxe archival editions of the Superman newspaper strip that ran from 1939-1966. The Dailies will be released in three sub-sets, starting with The Silver Age, then The Atomic Age, and finally, The Golden Age. (Sundays will be released in a separate, concurrent series.) These Silver Age classics have never been reprinted. The first volume boasts art by Curt Swan and Wayne Boring and Stan Kaye, as Superman co-creator Jerry Siegel scripts stories by Otto Binder, Robert Bender, Jerry Coleman, and a new version of his own classic "Superman Returns to Krypton!" The book includes almost 800 strips, the complete episodes from December 15, 1958 - July 1, 1961. This is the series Superman fans have been waiting for! 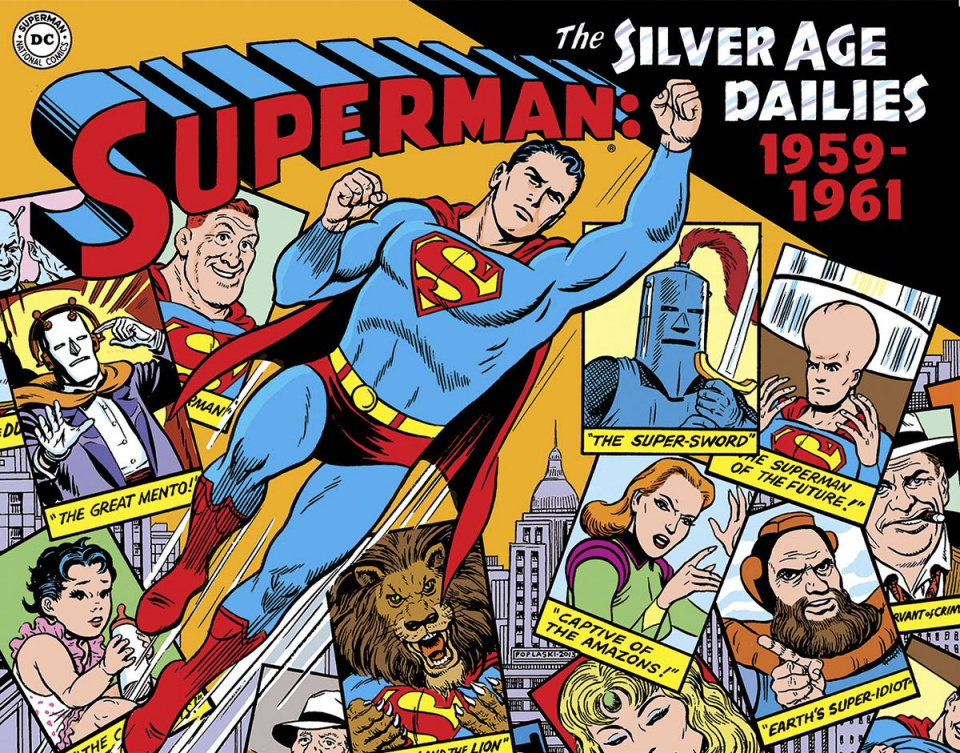