What is "punk"? What did it all mean? What does it mean now? What will it mean in the end? The Locas girls's punk reunion has come to a close but the evening has just begun. Also, the Animus situation has gotten too BIG for reunited sisters Lumina and Isla. Meanwhile, on the Gilbert side: Fritz starred in a Dr. Who ripoff only to see her 10-year-old daughter take over the role before returning to the show's last episode 5 years later. Meanwhile, Fritz's newly reunited twin daughters get to (uncomfortably) know one another and meet a classic Palomar character (or three)! 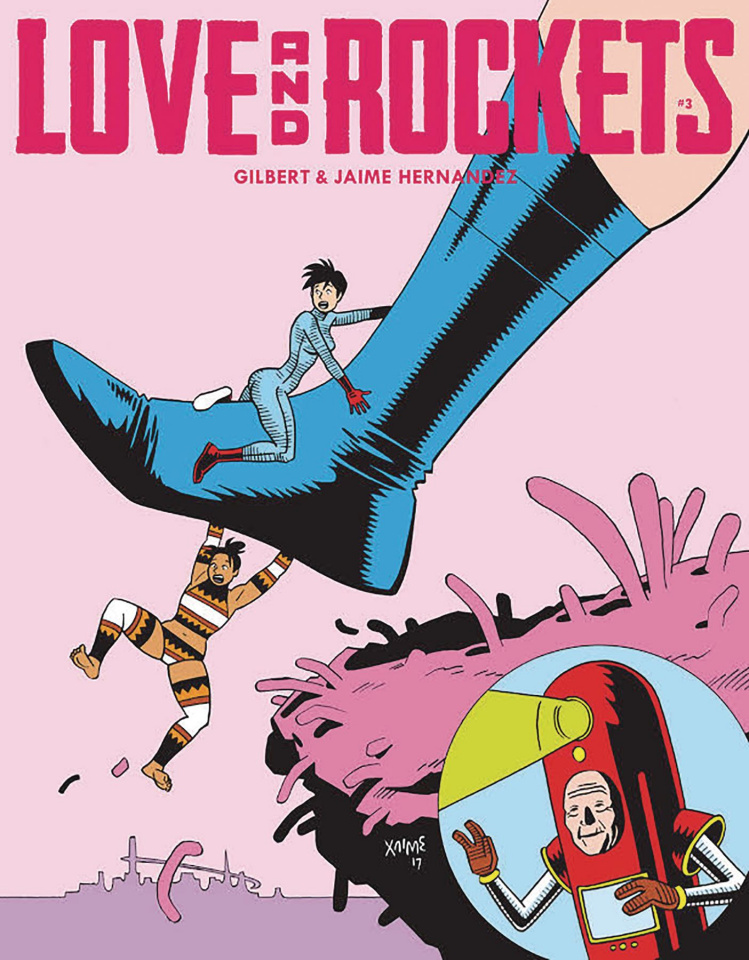