The Pathfinders Valeros, Seoni, Kyra, and Merisiel are drawn into the interdimensional Worldscape, where the greatest warriors throughout the history of Barsoom, Golarion, and Earth clash in an ancient battle of life and death! Only the most dangerous among the combatants - a motley assortment which includes such legendary heroes as Red Sonja, John Carter and Tars Tarkas of Mars, the jungle adventurers Tarzan and Thun'da - have any hope of surviving the deadly gladatorial pits and joining with the Pathfinder heroes in armed revolt against their oppressors! 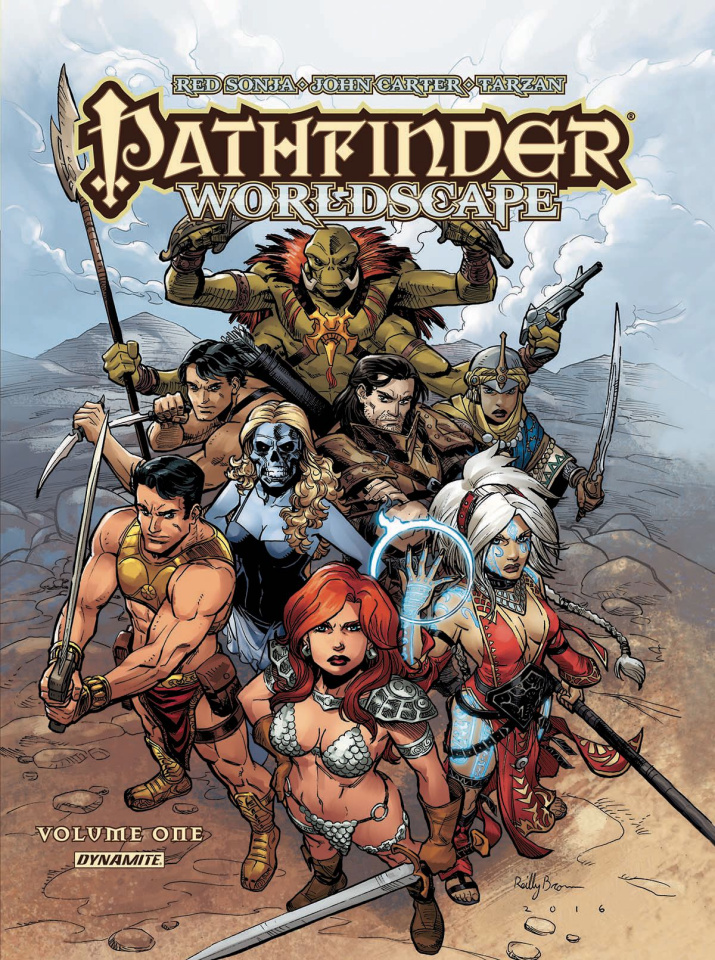