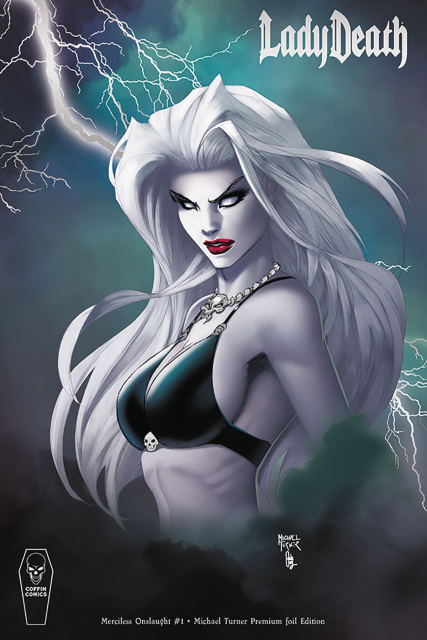 Herr Reich, a rogue Nazi scientist has kidnapped Jake the last innocent in Hell because he suspects he is the key to enacting his master plan and conquering Hell. But Lady Death ain't having it. Aided by Haxan and Hellrider, the diva of death plans to rescue Jake and dismantle everything Reich hold dear! But is it even possible? Featuring the sadistic Frau Helga and introducing newcomers Steelheart and Mr. Atticus Marrow and re-introducing Thanatos, demon lord of Hell, Wargoth of the Everkind and Eldritch princess Caprice. This premium edition, limited to quantities ordered, features intricate, cutting edge silver foil enhancements.