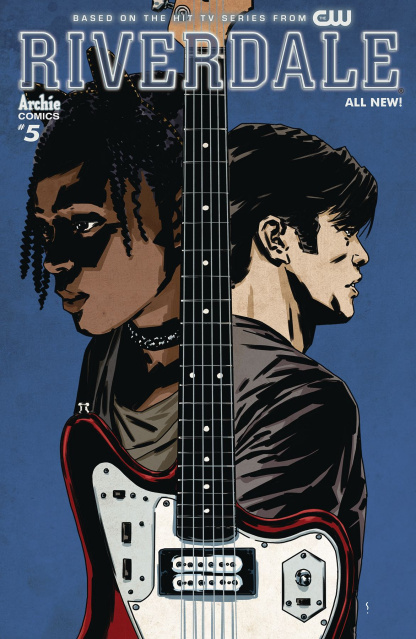 Set in the same universe as the hit CW series, this issue gives us a peek into what makes Riverdale High hot-shots Reggie Mantle and Josie McCoy tick. Reggie's used to getting what he wants, and sets his romantic sights on the lead singer of the Pussycats. But when Josie turns him down, just how far will Reggie go to convince her he's worth an audition?