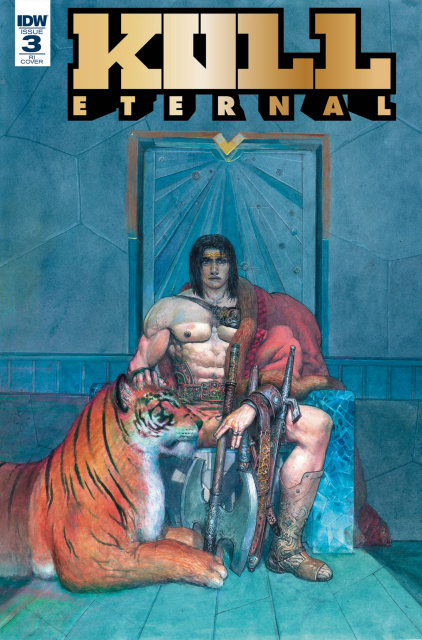 Kull's quest through time continues as he moves from bloody revolution to even bloodier civil war only to find a hideous evil lurks in the night, threatening to forever change the New Atlantis' future. Can Kull stop the flesh-eating monsters that hunt in the dark before it's too late?!