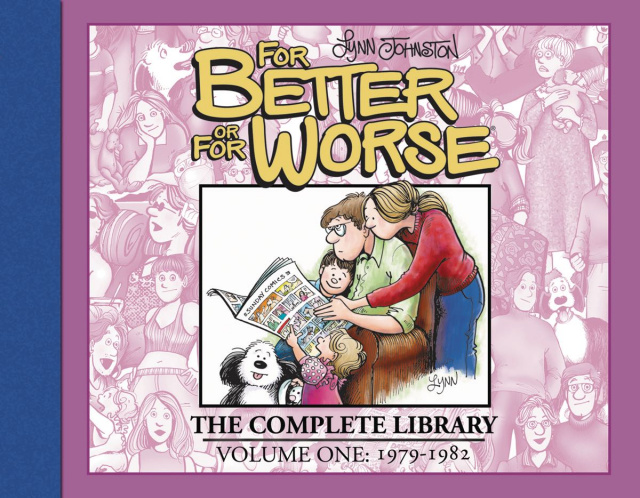 For Better or for Worse Vol. 1

Collecting one of the most beloved comic strips of all time, with a devoted audience of more than 220 million. This new series, produced with Lynn Johnston's cooperation, is the definitive edition, collecting each decade of the strip in three volumes. Since For Better or For Worse debuted in 1979, the world has watched the Patterson family grow up in real time-and to many readers, they feel like family! This book starts at the very beginning and reprints more than three years of the daily and Sunday comics. All Sunday comics are printed in color!

* Lynn Johnston's work on the comic strip earned her a Reuben Award in 1985 and made her a nominated finalist for a Pulitzer Prize in editorial cartooning in 1994.

* The strip led the Friends of Lulu to add Johnston to the Women Cartoonists Hall of Fame in 2002.