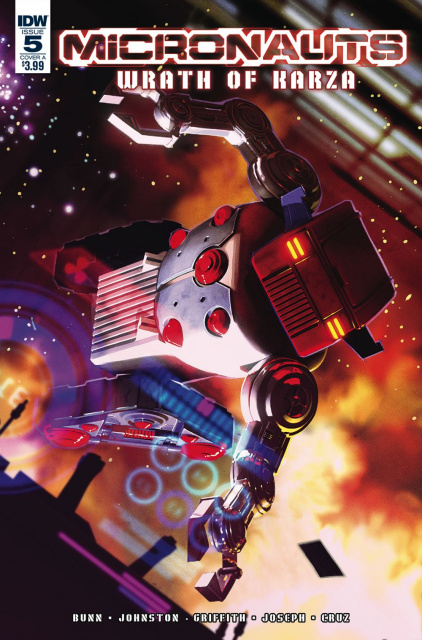 The final chapter! Baron Karza has conquered Earth! Only the Micronauts and the Transformers stand against him! Little do they know that a new enemy-a much more dangerous enemy-will rise to challenge friend and foe alike! And one hero makes the ultimate sacrifice!* Don't miss the cover by Ominous Press creator, Bart Sears, part of our Bart Sears cover month!* The death-defying finale before the epic crossover First Strike!