Attack on Cybertron! COBRA's first strike is causing chaos, confusion, and a high Transformer body count! It's up to G.I. Joe and their Autobot and M.A.S.K. allies to stop the invasion-if they can get off Earth!

* The Hasbro Universe crossover event of 2017 is here!

* Aliens! Robots! Ninjas! Lasers! Fast cars! Jokes! This one's got it all!

"The speed of Fast and the Furious! The military action of Rambo! The giant robots punching other giant robots of everything awesome ever! I love it!" -David Mariotte (Hanazuki, Hasbro Heroes Sourcebook) 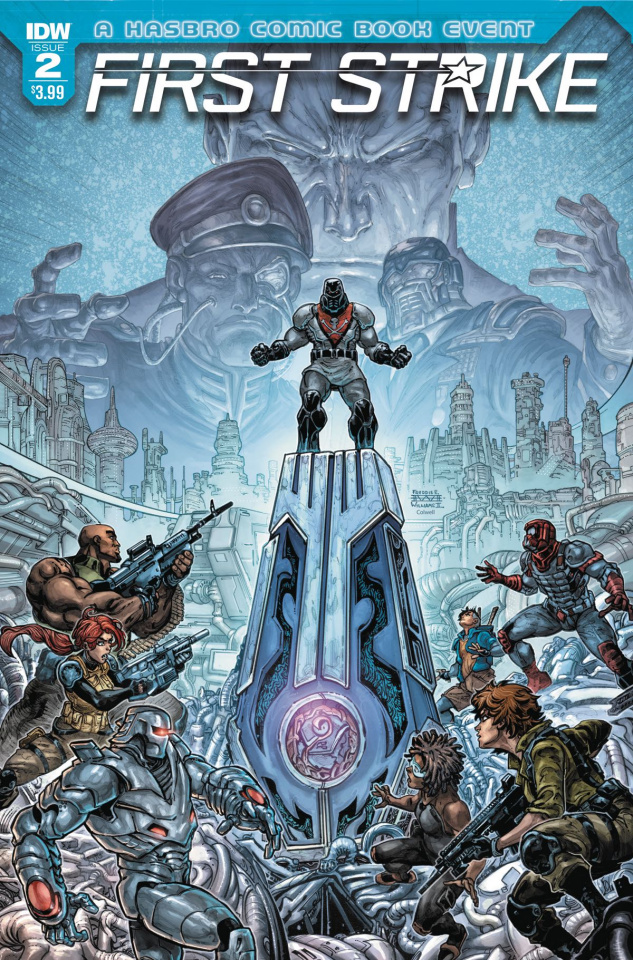