As Wednesday attempts to rally his fellow gods to fight, Shadow is kidnapped by men in black-Mr. Wood and Mr. Stone, who brutally interrogate and beat him for answers on the coming god war.

The Hugo, Bram Stoker, Locus, World Fantasy, and Nebula Award-winning novel and upcoming Starz television series by Neil Gaiman is adapted as a comic series for the first time! 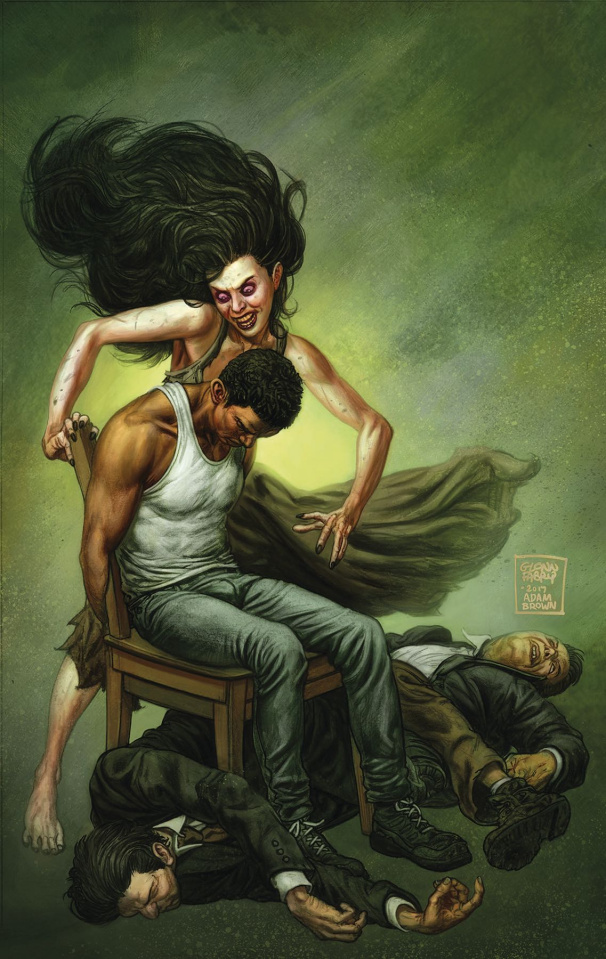