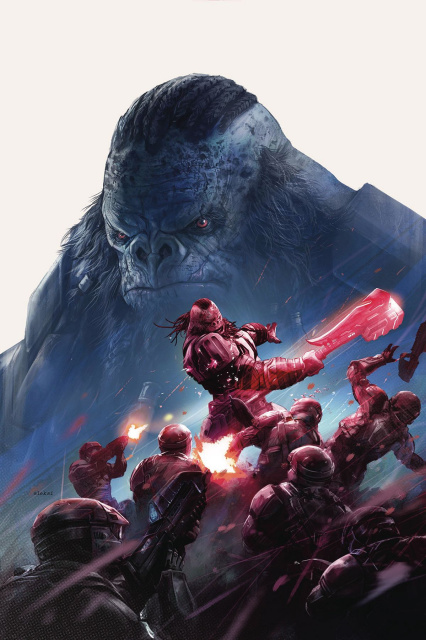 An anthology based on 2017's Halo Wars 2, the real-time strategy video game from 343 Industries, which introduced a new ruthless villain, Atriox.

Atriox, the legendary Brute under the command of the alien collective known as the Covenant, leads a Brute assault against a UNSC military outpost. Wave after wave of Brutes are lost attacking the human outpost defended by a group of UNSC marines, the ruthless Atriox soldiers on. As his comrades fall, Atriox's hatred for the Covenant grows.

Ties in to new Halo Wars 2 video game for Xbox One. Released in February 2017.