Tales From the Crypt #1 (Haspiel Cover)

Presenting a Trio of Terror Tales inspired by the Root of All Evil-Money! This issue's main attraction is "Opening Fright," in which we discovered Alexander Hamilton was literally turning over in his grave regarding a particular award-winning, Hip-Hop Broadway musical. That's right - Alexander Hamilton has risen from the grave! Plus: An evil landlord intends to maximize the profit potential on his property in New York City's Financial District in a mad get-richer-quicker scheme in "Fi-Die Another Day," and doesn't everyone want to make a big killing in the stock market? One Broker hopes to do just that in "Maul Street"! 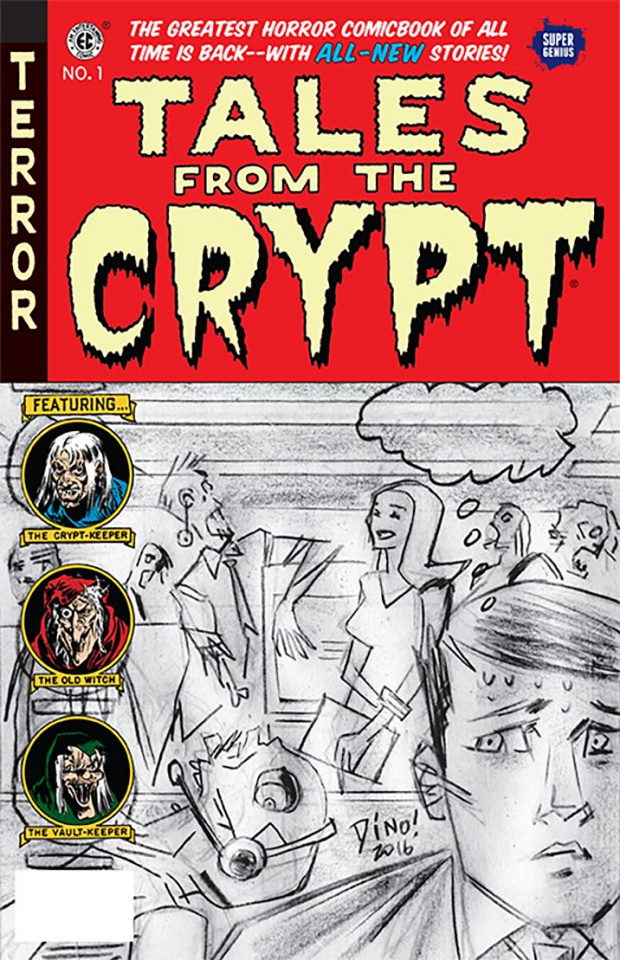