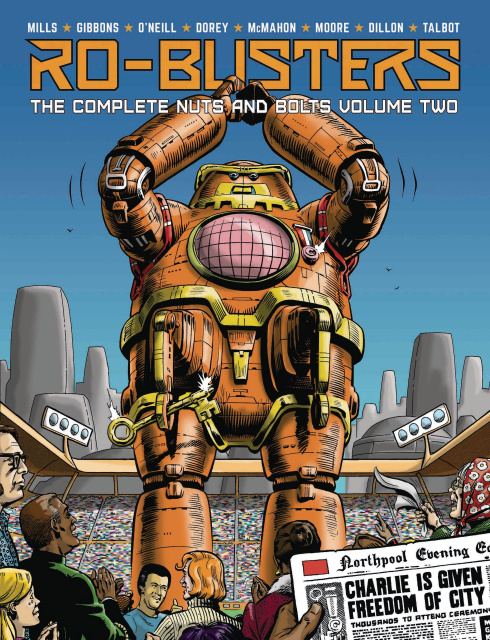 The robots are in revolt! The boss of Ro-Busters Howard Quartz also known as Mr. Ten Per Cent (90% of him is robotic), has seen his stocks plummet due to his involvement in the attempted demolition of Northpool. In order to stop from going bankrupt, Quartz plans to destroy a number of his robots in a staged accident, including Hammerstein and Ro-Jaws! Having gotten wind of Quartz's plan, the duo seek out the robot underground, who organise the safe evacuation of unwanted robots to a distant moon. Before long, it's man vs. machine in a battle for freedom!