The Aftermath: The Big Clean #1

From the pages of Heavy Metal magazine, The Molen brothers - part Sam Keith, part Simon Bisely - deliver an action packed punch. This ongoing series chronicles a post-apocalyptic future dominated by the cartoon empire Walden where a handful of individuals have been selected for imperial citizenship. Though veiled in celebratory excitement, this rollercoaster-centric ceremony is deadly serious - a secret final evaluation! And what all newcomers quickly learn is that behind his welcoming grin, Dewey Dog, master of the Walden empire, is quite rabid. 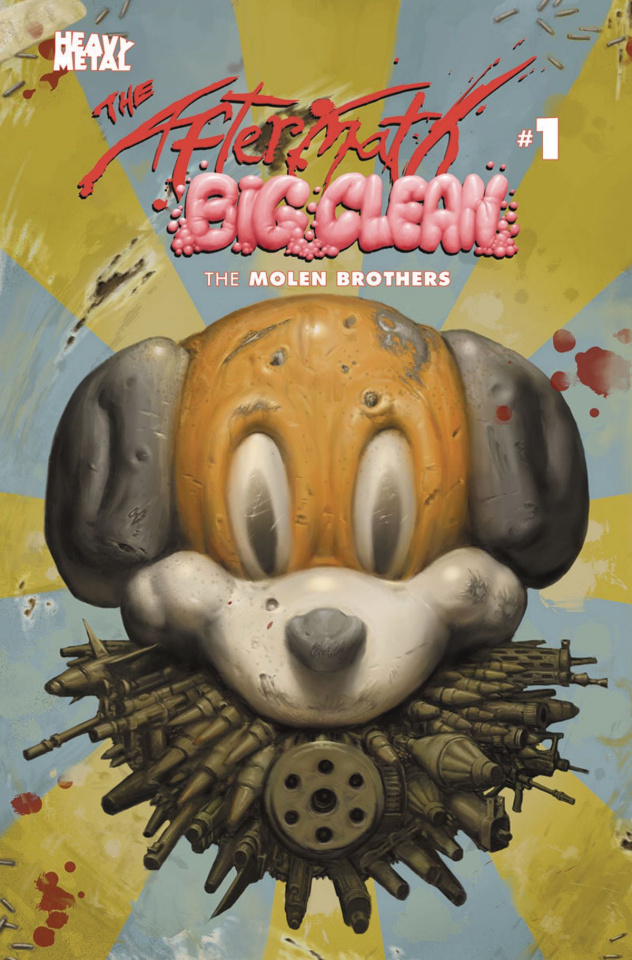