After a military helicopter crashes in a remote valley in Africa, a lone survivor awakens without memory of his identity or mission. From the wreckage, he learns only his name: Roger Drum. Armed with instinctive survival skills, the amnesiac roams his new surroundings, discovering a bizarre lost world of dinosaurs, mammoths, sabretooth tigers, and primitive human tribes. Against the backdrop of this hostile new reality, Drum must come to terms with his violent past... so that he may assume the respected and feared mantle of the prophesied jungle warrior Thun'da! 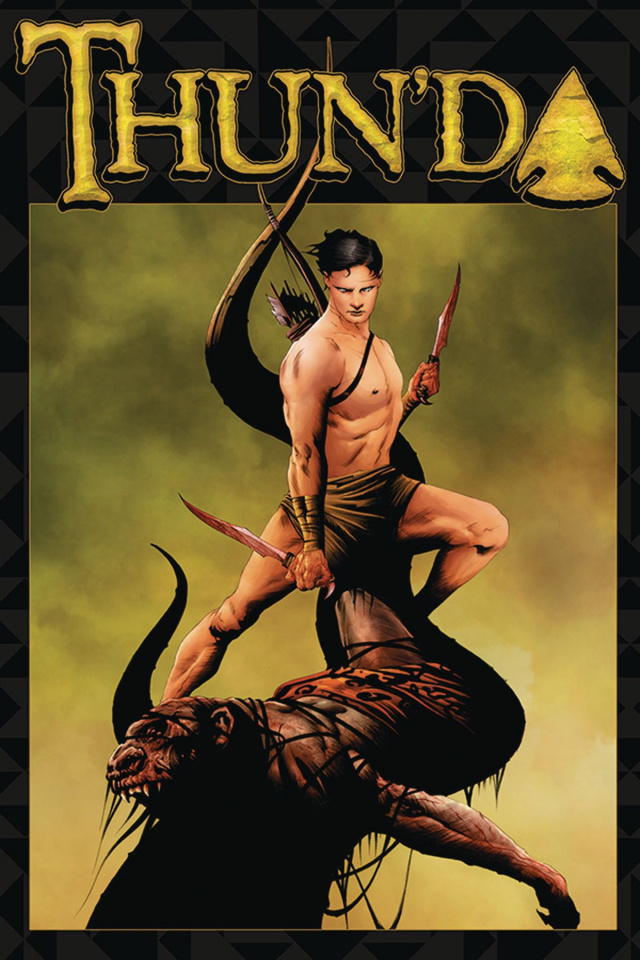