Something bad is coming. Something that could kill Heaven and Hell and the Earth itself: The Godeater. And the only thing standing its way is... Evil Ernie? We're probably all screwed. Dynamite Entertainment proudly welcomes Justin Jordan, the Harvey Award-winning writer of such horror hits as The Strange Talent of Luther Strode and Shadowman, as he debuts the all-new "Godeater" storyline, an event so epic in scope, it promises to shake the very foundations of the Chaos! universe! EVIL ERNIE #1 comes jam-packed with additional content! As if one potential doomsday wasn't enough, Dynamite delves into the Chaos mythology in "Last Ditch Bitch," a serialized back-up feature that introduces Liv Halvorsen, lead singer of a Scandinavian Death Metal band... and an unwitting pawn in Ragnarok! Plus, this issue will include an in-depth interview with Justin Jordan about Evil Ernie, the Chaos! Comics universe, and more! 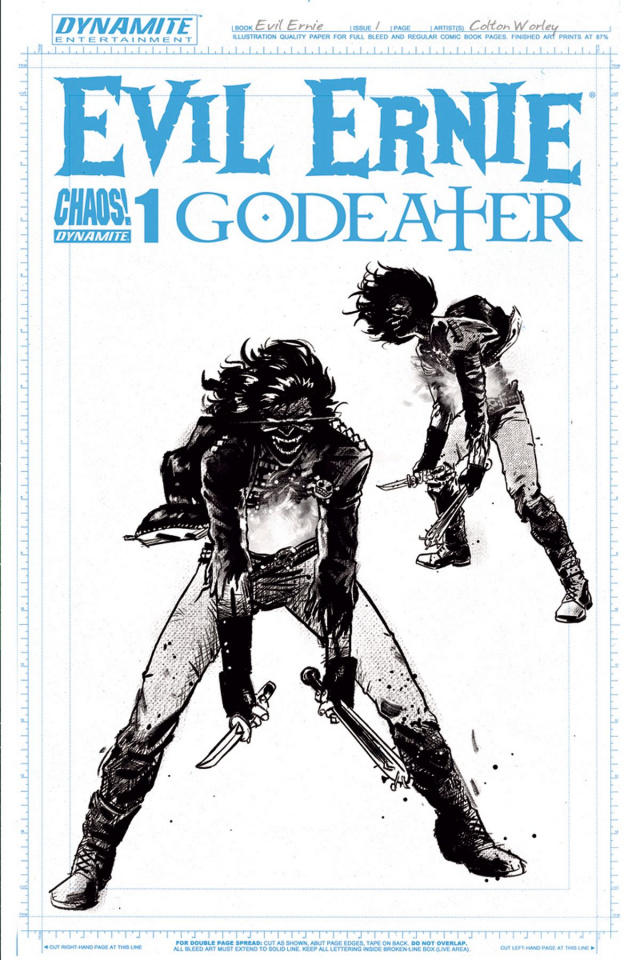