Hwæt! Inspired by the epic Anglo-Saxon poem Beowulf, this fun new series follows the adventures of 12-year-old twin brothers Beowulf and Grendel as they travel to distant lands and meet fellow epic heroes! In book one of the series, our heroes' destiny is tied to the past, when a prince named Hrothgar begins a quest for power, one that leads him to a fiery dragon, an enchanted sword, and an oath sworn in blood. But when Hrothgar breaks his oath he breaks his kingdom, and the only thing that will save it is a family he's forgotten and heroes not yet born! If you liked Percy Jackson, you'll love Kid Beowulf! 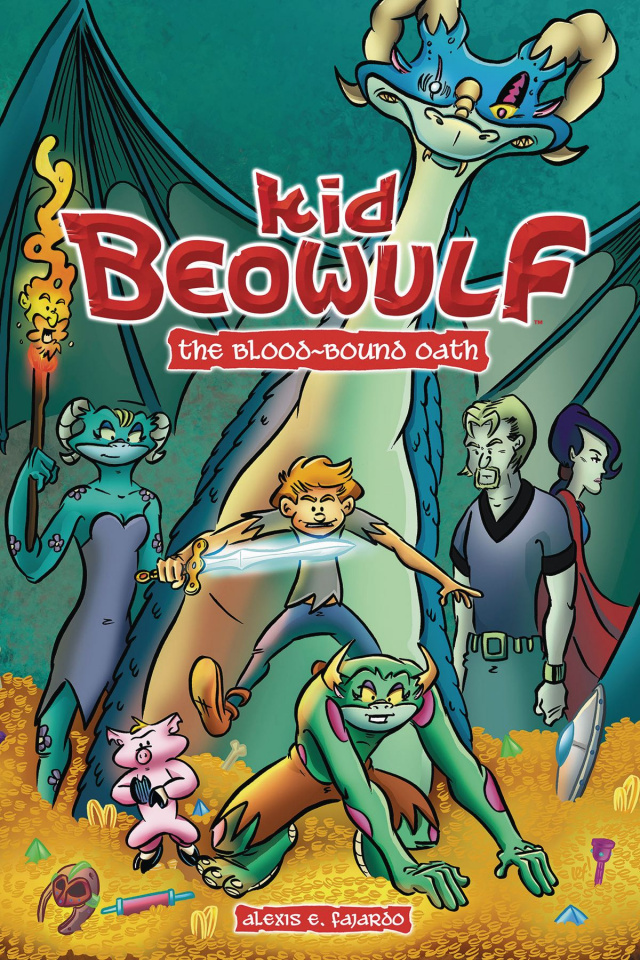