A Year of Marvel's Unstoppable #1

Sam Alexander's finding it hard to cope with the fact that his dad is M.I.A. in the far reaches of space. Luckily, this Father's Day, Nova's got the chance to help former New Warrior Midnight's Fire put his family back together. But when Iron Man shows up to inform his young teammate he's backing the wrong horse, will Nova cool his jets?

Celebrating the Fourth of July is complicated enough for a patriotic symbol turned soviet assassin, but then Hydra agents had to go and rob the Winter Soldier's secret storage locker. Who sent them? What do they want? Bucky doesn't care - he just wants his #$%& back. 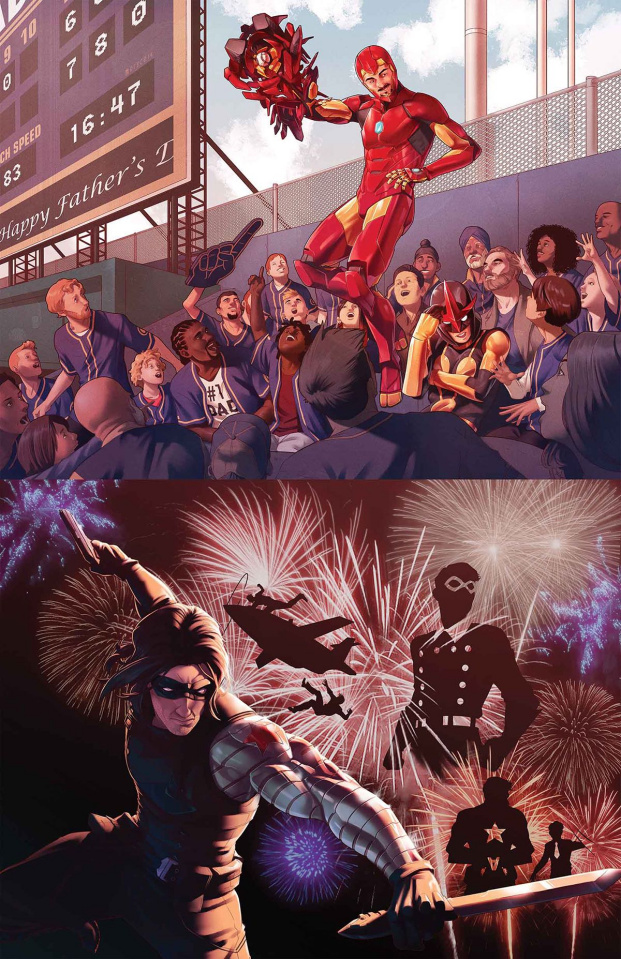