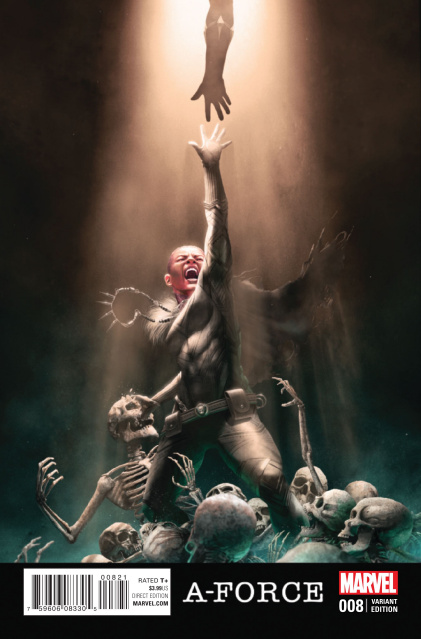 Civil War has come to A-FORCE! As the team is wrecked by a personal tragedy things only get worse when a predictive vision proclaims one of A-FORCE is a murderer. CAPTAIN MARVEL attempts an arrest, creating a rift that may very well mean the end of the team, and setting in motion a chain of devastating events that affect far more than just A-FORCE. Meanwhile foul-mouthed, gun-toting ELSA BLOODSTONE just unofficially joined A-Force. Looks like we're gonna need a bigger boat...and a verrrrry big black censor bar.