A hotshot movie director claims that his new movie is so scary, even THE POWERPUFF GIRLS will be too chicken to watch it! Never ones to back down from a challenge, fall into his trap! Using his "movie magic," he'll turn the girls into actual chickens so he'll be free to enact his evil plans! Can the ChickenPuff Girls save the day?!

The Powerpuff Girls are back in a BIG way, with a new, 40-episode season on Cartoon Network starting in April, and a huge marketing push across all sectors.

Comic series written by show writers Jake Goldman and Haley Mancini - - Haley is also the voice of arch-villainess PRINCESS MOREBUCKS! Each issue ripped directly from the NEW world of The Powerpuff Girls. 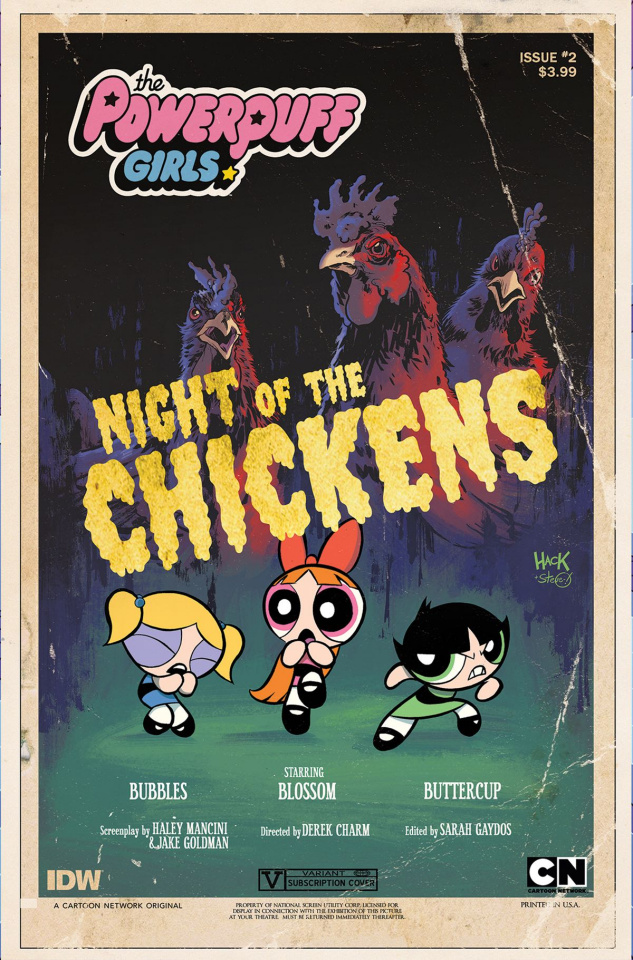