Dictatorial Grimoire: The Complete Collection is an omnibus collection that reimagines characters straight out of the Brothers Grimm fairy tales. Each book in the trilogy is presented in an oversized edition that features impressive shoujo-styled artwork and color inserts. Grimm Otogi, a farflung descendant of the renowned Grimm Brothers, has always regarded the fairy tales his ancestors concocted as pure fiction. Upon receiving a posthumous letter from the father he never knew, Otogi transfers to a new school and moves into an abandoned mansion as part of his inheritance. There, he finds a manuscript that reveals the truth about his ancestors: the Brothers Grimm made a deal with mystical beings known as the Märchen Demons, who now have a claim on Otogi's life. With a dashing male Cinderella as his guide, can Otogi Grimm unlock the power of the manuscript and stop the fairy tale demons before they destroy him first? 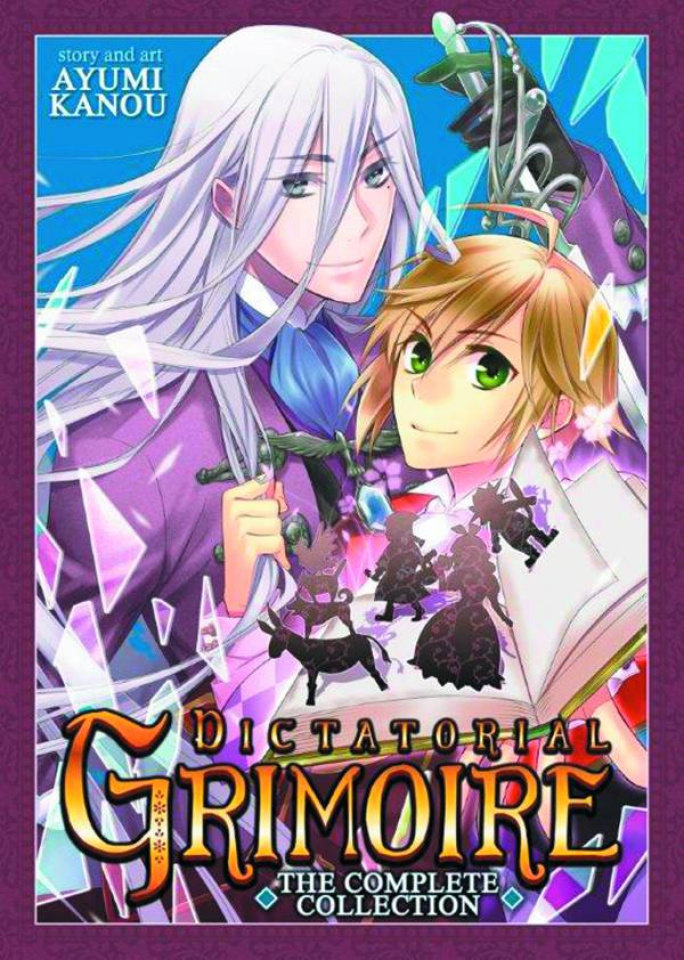