From legendary creator Grant Morrison (All-Star Superman, Batman & Robin, The Invisibles), comes the second issue of his newest creation. 18 Days is the story of three generations of super-warriors, meeting for the final battle of their age, a climactic war that concludes the age of the gods and begins the age of man. Yudish, leader of the Pandava brothers confronts his cousin, the enemy King one last time.

"The essential ambiguity, humanity and realism of these characters, set in this incredible world of the imagination, gives 18 Days its unique flavor. The tone is modern, gritty and emotionally real against a backdrop of techno-mythic super-war." - Grant Morrison 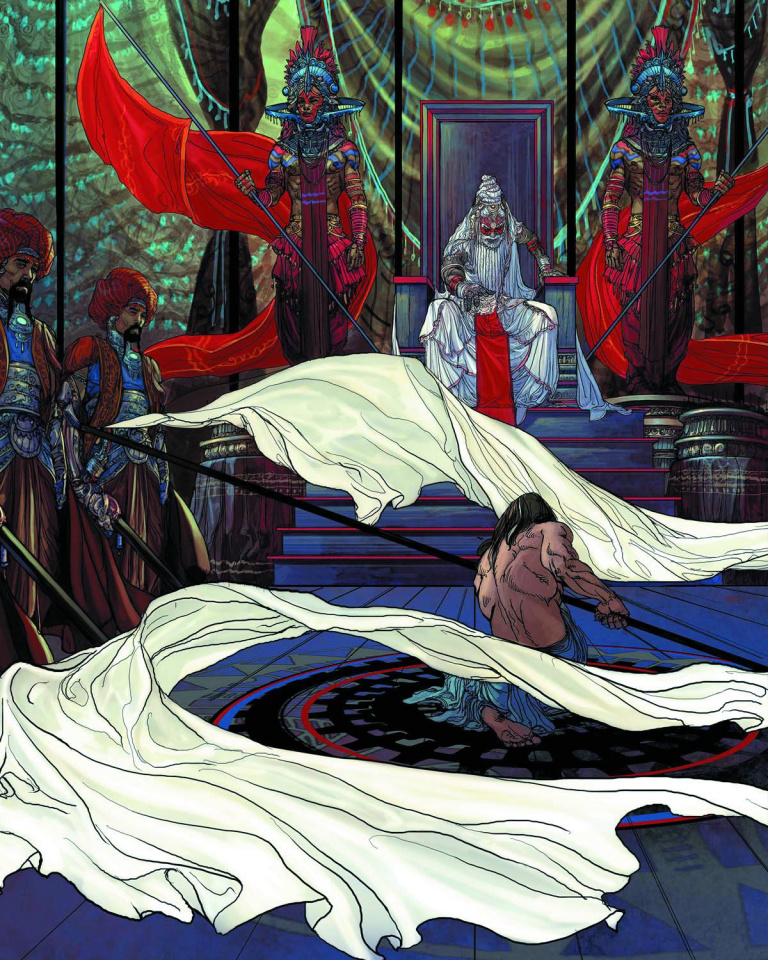