Look through Bendik Kaltenborn's kaledescopic glasses and glimpse the world the way he sees it: a vibrantly colorful planet populated by lumpy, big-nosed people totally absorbed in their own off-kilter personal dramas. Adult Contemporary is a collection of odd imaginings, surrealist comics, and physical comedy gags from Kaltenborn, a New Yorker and New York Times illustrator. People scramble around in a world they don't understand, happy as can be. A marriage is threatened by soup. Drunk old men quarrel about literature in the witching hour. A con details a small and silly bank robbery from the 1980s. Norwegian cartoonist Bendik Kaltenborn's Adult Contemporary reads as homage to the art of mid-twentieth century cartooning and absurdist sketch comedy. 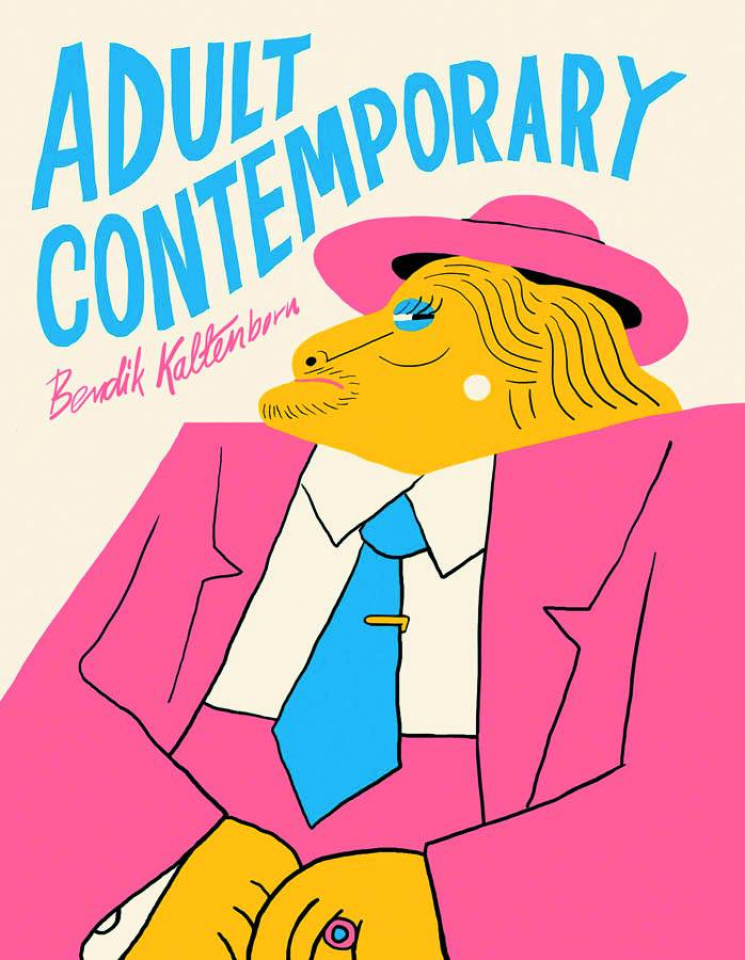