Incredible Hulk Epic Collection: Ghosts of the Past

As one Leader falls, another rises! An epic clash between the Hulk, the Leader and the U-Foes is going to end very badly for the Gamma-brained villain. Rick Jones' girlfriend, Marlo, won't fare any better: She dies! But thankfully, that's not the end of her story. As for the Hulk, he's about to get an offer he can't refuse - one that puts him in charge of the Pantheon! He'll have his hands full with the Juggernaut, the Avengers and Doc Samson. But when Dumb Magician, Fish-Man and Shiny-Face show up, it can only mean one thing: the return of the Defenders! Collecting INCREDIBLE HULK (1968) #397-406 and ANNUAL #18-19; and material from NAMOR THE SUB-MARINER ANNUAL #2, SILVER SURFER ANNUAL #5, DOCTOR STRANGE, SORCERER SUPREME ANNUAL #2 and MARVEL HOLIDAY SPECIAL #2.0. 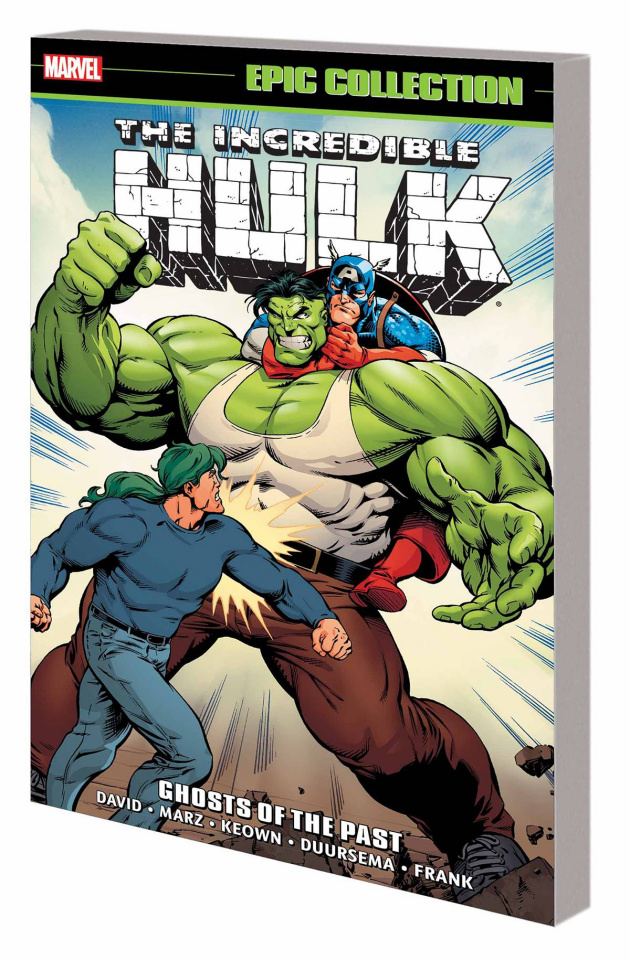