From the Disney Vaults! The early Donald Duck daily strips are collected for the first time ever! The daily newspaper comics premiered on February 7, 1938, and within eight weeks became the all-time fastest growing syndicated comic strip in the world. This premiere volume includes more than 800 sequential daily comic strips from 1938 to 1940 drawn by Al Taliaferro and written by Bob Karp, and reproduced from pristine original material in the Disney Vaults! 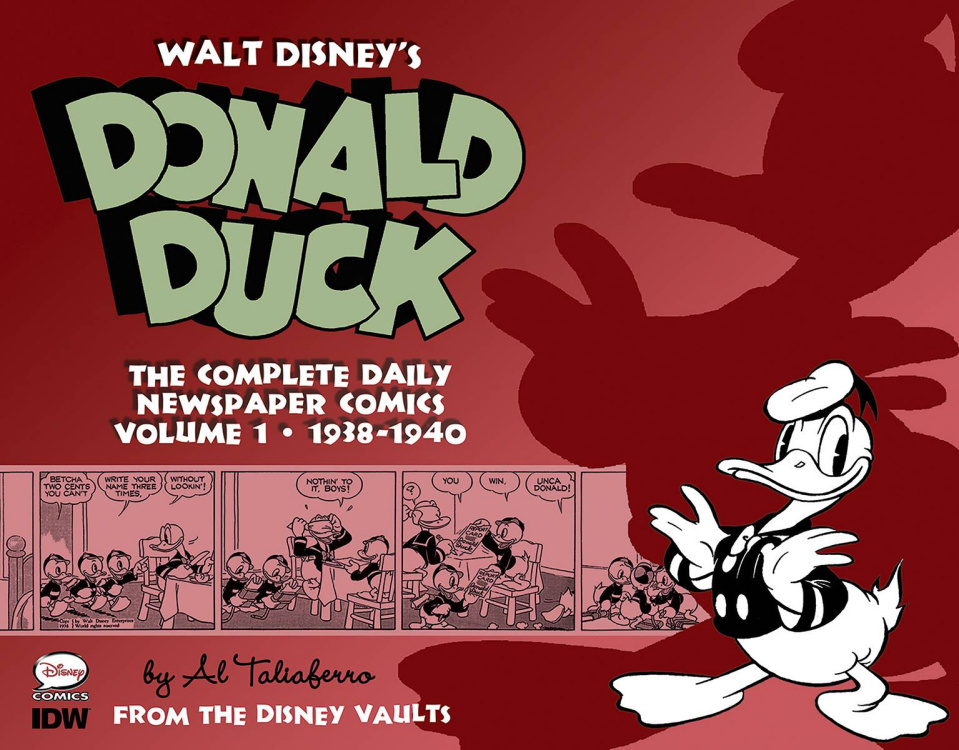