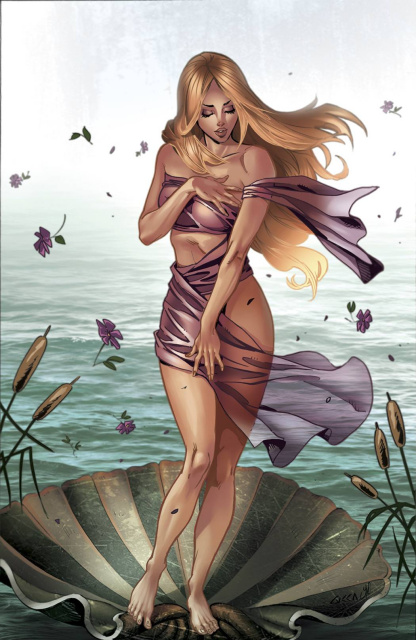 Writer LaToya Morgan (Showtime's SHAMELESS) joins the Zenescope team with a brand new, modern re-imagining of Greek mythology like you have never seen before. The Greek and Roman gods of legend are real! They live amongst us, hiding in plain sight as humans. Some of these gods, such as Zeus and Athena, work to keep humanity safe from evil, while others are hell-bent on returning to the ways of old, when gods were worshipped. As the vengeful Venus sets in motion a plan to enslave humanity and have it bow to her power, two sides of an inevitable war will begin to form between the gods!