Based on the new Mattel toy line and web videos. A new villainous Superstar known as the Finisher has mastered the finishing moves of every WWE Superstar, and he's taken over! After firing everyone, what will John Cena, Alberto DelRio, Kane, Randy Orton, Mark Henry, Sheamus, Rey Mysterio, and CM Punk do to earn a living? The answers may surprise you! Would you believe John Cena as an auto repairman? Or Kane as a school chef? What about Rey Mysterio as a crossing guard? Shock follows shock as the WWE's greatest athletes try to make it outside the ring! Available in Softcover and Hardcover formats. 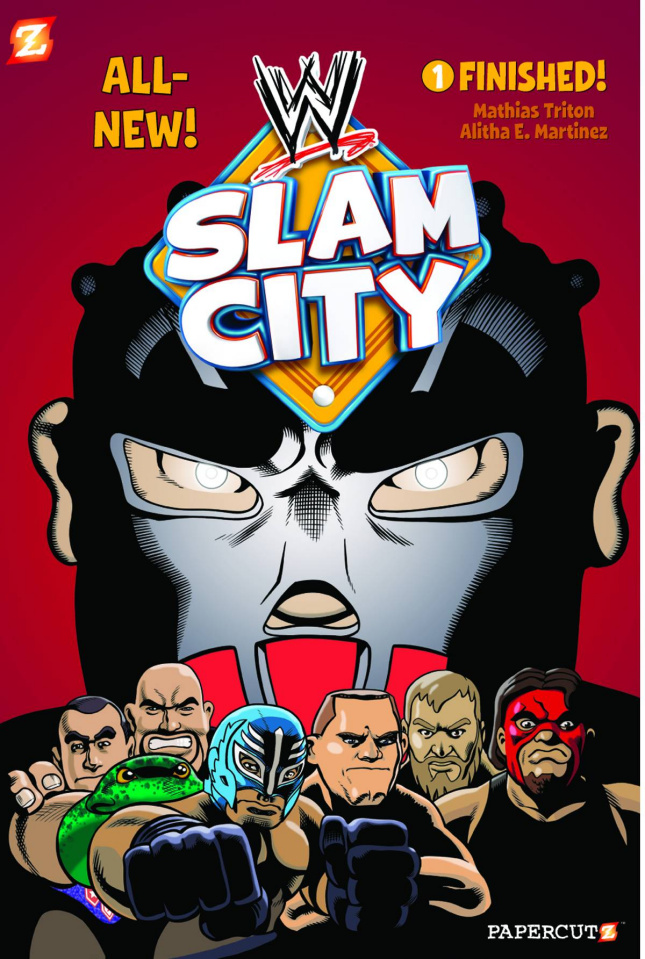