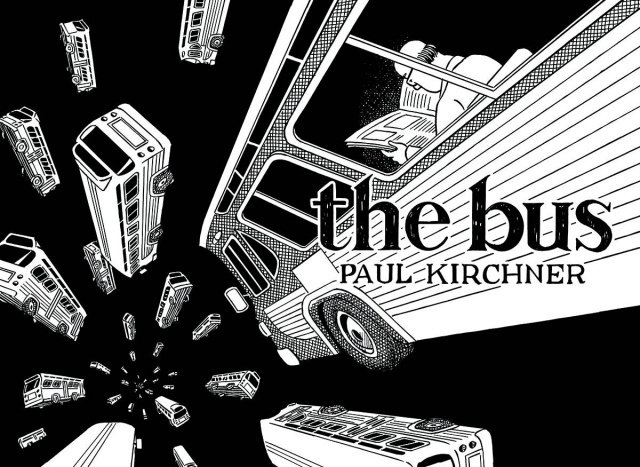 The bus comic strips were first published in 1978 in Heavy Metal magazine, where they appeared regularly for seven years. In six to eight mostly wordless panels, former Wally Wood's assistant Paul Kirchner takes readers through a tightly rendered surrealist world as experienced by a rotund bald man and a forever returning bus. In the bus, fire hydrants come alive, buses chose to stray away from the law and the distant horizon might be just an arm's length away. In the 25 years since its original publication in 1987, this forgotten gem had never been republished.